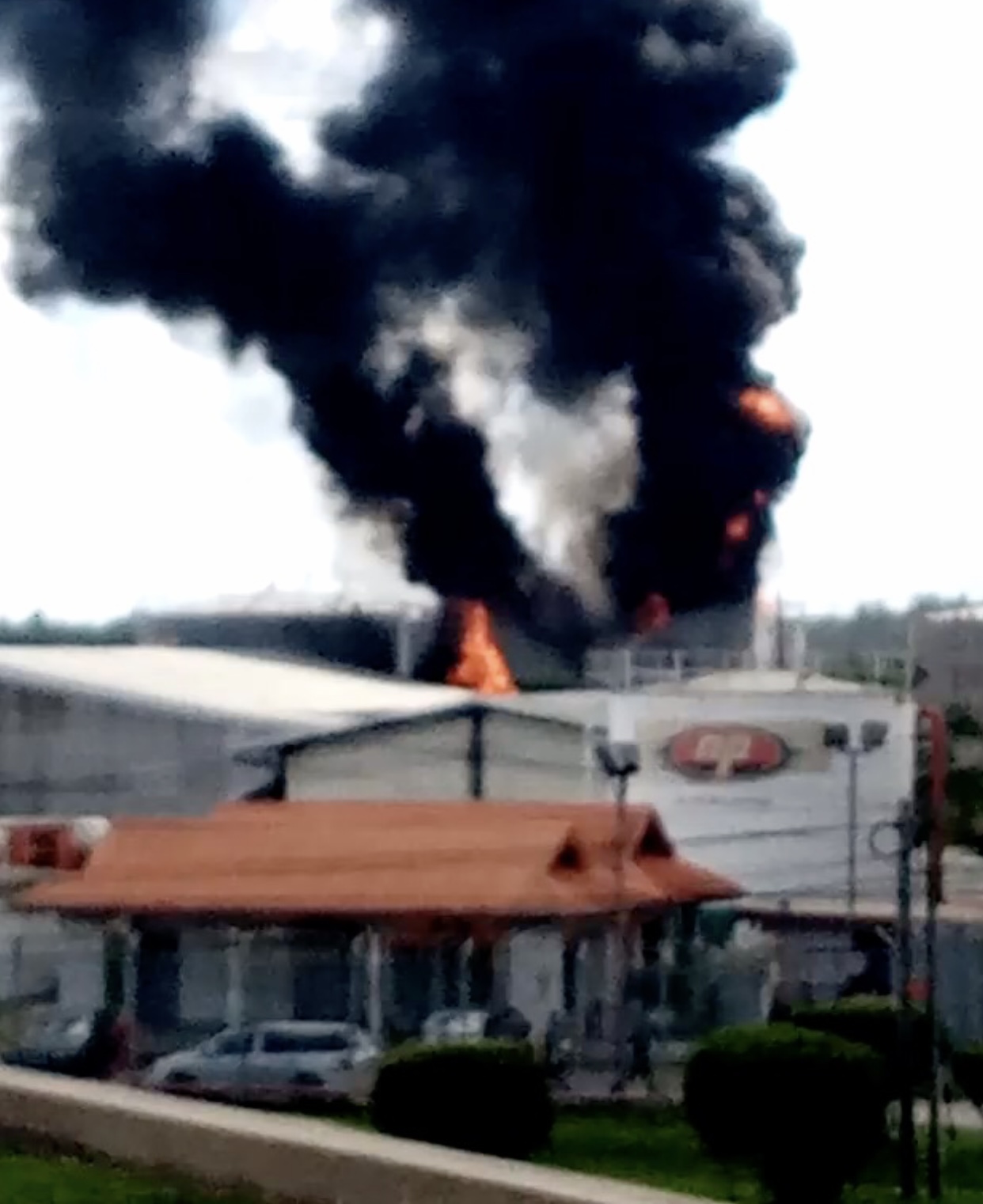 NP in a statement said that at approximately 12:54pm today, Friday 11th December 2020, an explosion occurred on the southern side of the Tank Farm area of NP’s Sea Lots, Port-of-Spain, Head Office.

NP in a media release issued this afternoon confirmed that the explosion took place while a Contractor was on site extracting residual product from a storage tank which the company says is part of a routine repair exercise at the NP, POS facility.

“We can confirm that there are no casualties at this time and that two persons who were affected by the explosion, have been taken to the hospital to receive emergency care.
In keeping with established HSSE procedural guidelines, the Trinidad and Tobago Fire Services were immediately contacted and fire tenders from the Wrightson Road, division were immediately dispatched to the scene.”

NP also said “with comprehensive response from the T&T Fire Services and the T&T Police Service, NP can provide assurance that the situation is fully under control as the fire is now contained.”

NP said it employs a robust maintenance system, and is working to determine the cause of the incident.

“The safety of our employees and the communities in which NP operates remains the Company’s top priority at this point and we will be providing further updates as they become available.”

NP is assuring the public that our operations remain unaffected and that we continue to supply the country with a continuous and reliable supply of fuel.