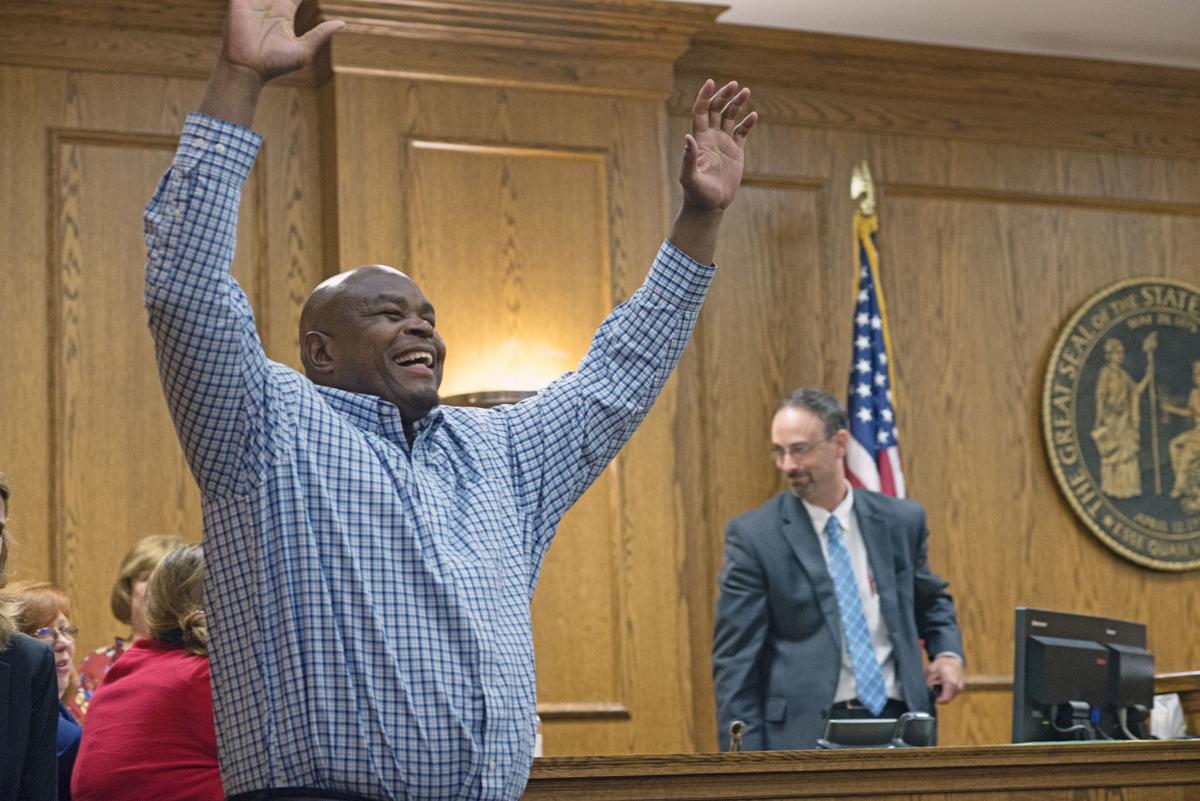 A North Carolina man wrongly convicted of murder and imprisoned for 26 years has been granted a full pardon by the governor.

Dontae Sharpe had fought to prove his innocence since his 1994 arrest. He was released from prison in August 2019.

“My family’s name has been cleared,” he told reporters on Friday. “It’s a burden off of my shoulders and my family’s shoulders.”

The news follows a BBC documentary on the miscarriage of justice in his case.

Mr Sharpe’s story highlighted how it can take years to get a full pardon even after a person is exonerated and wins their freedom.

Governor Roy Cooper said in a statement announcing the pardon that he had carefully reviewed the case, and those who have been wrongly convicted like Mr Sharpe “deserve to have that injustice fully and publicly acknowledged”.

With the full pardon, Mr Sharpe will be able to file a request for compensation from the state.

“My freedom still ain’t complete as long as there are people wrongfully in prison, wrongfully convicted, and people waiting on pardons,” Mr Sharpe added.

“I’ve been in there and know there are guys that are innocent and know that our system is corrupt and needs to be changed.”

Mr Sharpe is a fellow with Forward Justice, where he advocates for criminal justice reform in North Carolina.

He was convicted on a first-degree murder charge over the killing of George Radcliffe. Months after the trial, a teenage eyewitness for the state recanted her testimony.

It still took over two decades for Mr Sharpe to be exonerated and released from prison.

MoE struggling to get supervisors for SEA exam 0