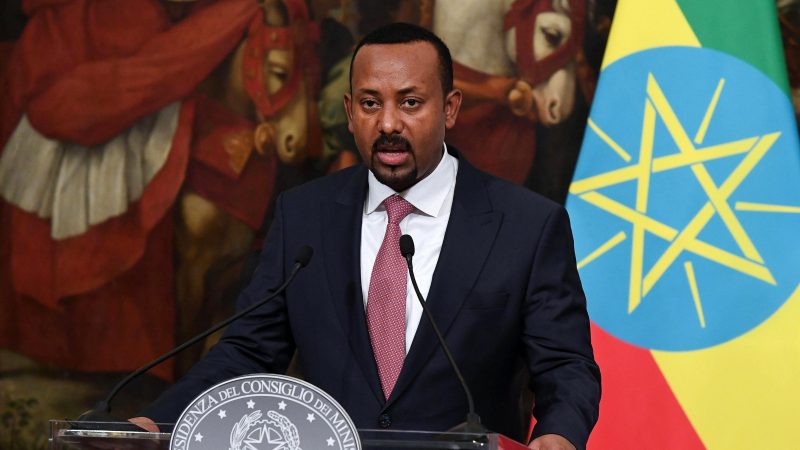 The Nobel Peace Prize for 2019 has been awarded to Ethiopian Prime Minister Abiy Ahmed Ali for “his efforts to achieve peace and international cooperation, and in particular for his decisive initiative to resolve the border conflict with neighbouring Eritrea.”

Born in Beshasha, Ethiopia on 15 August 1976, Ali the youngest head of government in Africa is the first Ethiopian to be awarded a Nobel Prize.

Ethiopia and Eritrea restored relations in July 2018 after years of hostility. The two sides fought a border war from 1998 to 2000.

Abiy said he was “humbled and thrilled” to win the prize.

“I am so humbled and thrilled…Thank you very much. It is a prize given to Africa, given to Ethiopia, and I can imagine how the rest of Africa’s leaders will take it positively to work on the peace-building process in our continent,” said Abiy.

The head of the committee, Berit Reiss-Andersen, said it was hoped that the prize would strengthen Abiy “in his important work for peace and reconciliation.”

The citation also spoke of his efforts in helping restore diplomatic relations between Eritrea and Djibouti “after many years of political hostility” and in mediating between Kenya and Somalia in a dispute over marine territorial rights.

UN Secretary-General Antonio Guterres has joined in praising Abiy, saying he was one of the reasons that “winds of hope” were gathering strength across Africa. He added that the peace agreement with Eritrea paved the way for security and stability in the Horn of Africa region.

Rights groups Amnesty International has said the award should be a motivation to Abiy to go further with his reforms.

“Now more than ever, Prime Minister Abiy must fully espouse the principles and values of the Nobel Peace Prize to leave a lasting human rights legacy for his country, the wider region and the world,” said AI Secretary-General Kumi Naidoo. Naidoo referred to ethnic tensions that are threatening stability as an example of one human rights challenge facing the peace laureate.

Abiy’s office said in a statement that Ethiopia was “proud as a nation” for the award, calling it a “collective win for all Ethiopians.”

The prize honors not just achievements but also intentions in the field of peacemaking. It is the 100th time the prize has been awarded.

Abiy, the youngest head of government in Africa at 43, was chosen from a list of 301 nominations that included 223 individuals and 78 organizations.

The prime minister is also known for several reforms on the domestic front, including allowing once-banned opposition groups to return home and acknowledging past abuses. He has also announced that there will be free and fair elections in 2020.

With the exception of the prize for economics, which is to be awarded next week, all the Nobel prizes were established by the Swedish industrialist Alfred Nobel (1833-96), the inventor of dynamite.

According to Nobel himself, the peace prize should go “to the person who has done the most or best to advance fellowship among nations, the abolition or reduction of standing armies and the establishment and promotion of peace congresses.”

Last year, the prize was awarded jointly to Denis Mukwege and Nadia Murad far their efforts to end the use of sexual violence as a weapon of war.

All the Nobel prizes are presented on 10 December, the anniversary of Nobel’s death, in the Swedish capital, Stockholm, except for the peace prize, which is awarded in Oslo, the capital of Norway.

Prison Officer dies moments after collapsing on the job 0