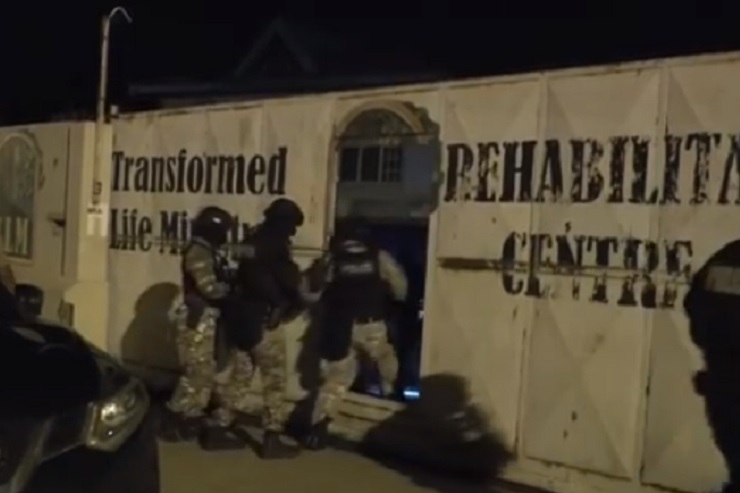 National Security Minister, Stuart Young today warned citizens about breaking the law and said that if anyone is caught in breach of any arm of the law they will be arrested, charged and dealt with according to the laws of the land.

Speaking at a media briefing at the Ministry’s headquarters at Abercromby Street, Port-of-Spain this afternoon Minister Young said that the situation surrounding the police raid at Transform Life Ministry Centre was very unfortunate and said that his Ministry, the Health Ministry and the TTPS will ensure that persons are brought to justice.

When asked questions of human trafficking, Minister Young said that at the moment that it is too early to say whether or not persons were trafficked to and from the private institution.

The Health Minister, Terrance Deyalsingh said that all persons are currently being examined by medical practitioners to determine who will need what sort of treatment in accordance with their mental and physical needs.

Minister Young also said that the institution was not in care of the Government as it was a private institution.

Minister Deyalsingh also said that all homes for the elderly and mental institutions are visited, audited and monitored by the Health Ministry.

When asked if referrals came from St. Ann’s Mental Hospital, Minister Deyalsingh refuted the claims and said that there is no record to show such referrals.

However Minister Young said that in July of 2015 the government severed ties and any existing contracts with Transform Life Ministry Centre.