No Sandman funeral at school

“No fu­ner­al ser­vice has ever been held at a school” So said Education Minister Anthony Garcia “ The funeral for the late  Vaughn “Sand­man” Mieres and his wife Ali­ka “Let­ty” De­here can­not be held at the Las Cuevas Gov­ern­ment Pri­ma­ry School, the Minister added.

On Tues­day a dig­i­tal fly­er be­gan cir­cu­lat­ing on so­cial me­dia an­nounc­ing the fu­ner­al ser­vice for Mieres and his wife would be held at the school on Fri­day.

The Minister was further quoted on his way to Parliament as saying “Well, I can say most def­i­nite­ly now that that the school will not be used to fa­cil­i­tate the hous­ing of the fu­ner­al ser­vices. Yes­ter­day when I got the in­for­ma­tion I did not at that time have any rel­e­vant in­for­ma­tion but to­day when I checked with our Di­rec­tor of School Su­per­vi­sion, he told me that a re­quest has been made through the prin­ci­pal of the school to his line su­per­vi­sion ask­ing for permission. 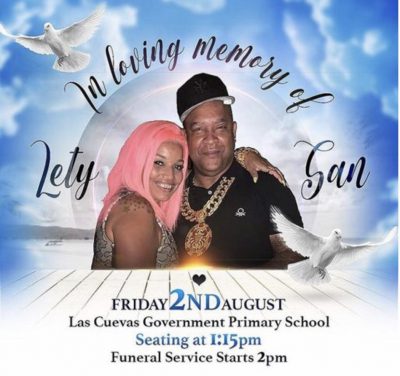 Mieres and his wife were mur­dered last week along­side two of his body­guards Thurs­day when gun­men stormed his Las Cuevas home in the early hours of the morning .