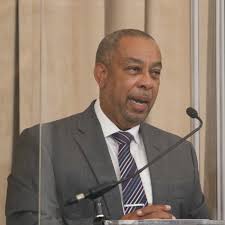 Labour Minister Stephen McCLatchie says that the state has no mandatory vaccination policy in place for state employees and there are no plans to introduce one.

He sought to give the assurance while speaking on the Power Breakfast Show on Power 102 Digital this morning.

He also commented on claims that members of Prime Minister Dr Keith Rowley’s staff and President Her Excellency Paula Mae-Weekes’ staff, who work closely and interact often with the high ranking state officials, have been told they will be reassigned if they are not vaccinated.

IT was pointed out to Minister MCClatchie that the stance adopted by the Prime Minister and President, if true, had implications for other state officials and their stance in the workplace.

The Labour Minister in response committed to looking into the matter and rolling out a policy which directly addresses the situation but stopped short of saying what the policy might entail.