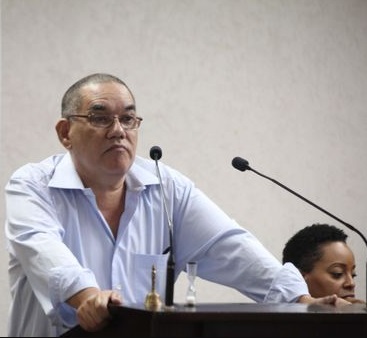 There is singularly no evidence to prove that Gary Griffith is a deterrent to crime.

The TTPS yesterday dismissed reports of a surge in murders in the country, instead describing the recent murders as “isolated” incidents in certain communities noting that the murder rate is the same as last year.

Former Commissioner Griffith in response claimed that while the murder rate may be the same at this point, there have been 50 murders in the 10 weeks during which he was not functioning as Commissioner.

He claimed this is an almost 80 percent increase in murders for the corresponding period last year.

Figuera noted that contrary to Griffith’s claims, there is little to show that his absence was the reason for the spike in murders in the time he has been gone.

He added that there is also little to prove that the person who sits in the Chair as Commissioner of Police makes a massive difference.

With that in mind, Figuera likened Griffith’s comments to an attack on the TTPS.

The experienced criminologist pointed to what he believes may have led to the increase in murders over the last 2 – 3 months.

He says it is a complex reaction to what is happening on the ground.

PAHO 4.6 million people have Syphilis in the Americas 0