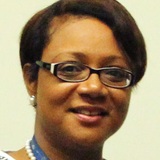 No Director at Counter Trafficking Unit

And although questions continue to be asked over why former director Alana Wheeler has not been retained in the position, sources close to her said while she had not yet reapplied, a last-minute submission was still possible, as she remains undecided.

And just like the previously contracted period, Wheeler proceeded on vacation leave from the end of April until July 1, 2022.

While the unemployed Wheeler refused to speak on the issue yesterday, Guardian Media has quoted an official who worked closely with as saying, “If she is interested, she would have to go through the whole application process again.”

US President Accuses Russian Troops Of Committing Genocide In Ukraine 0