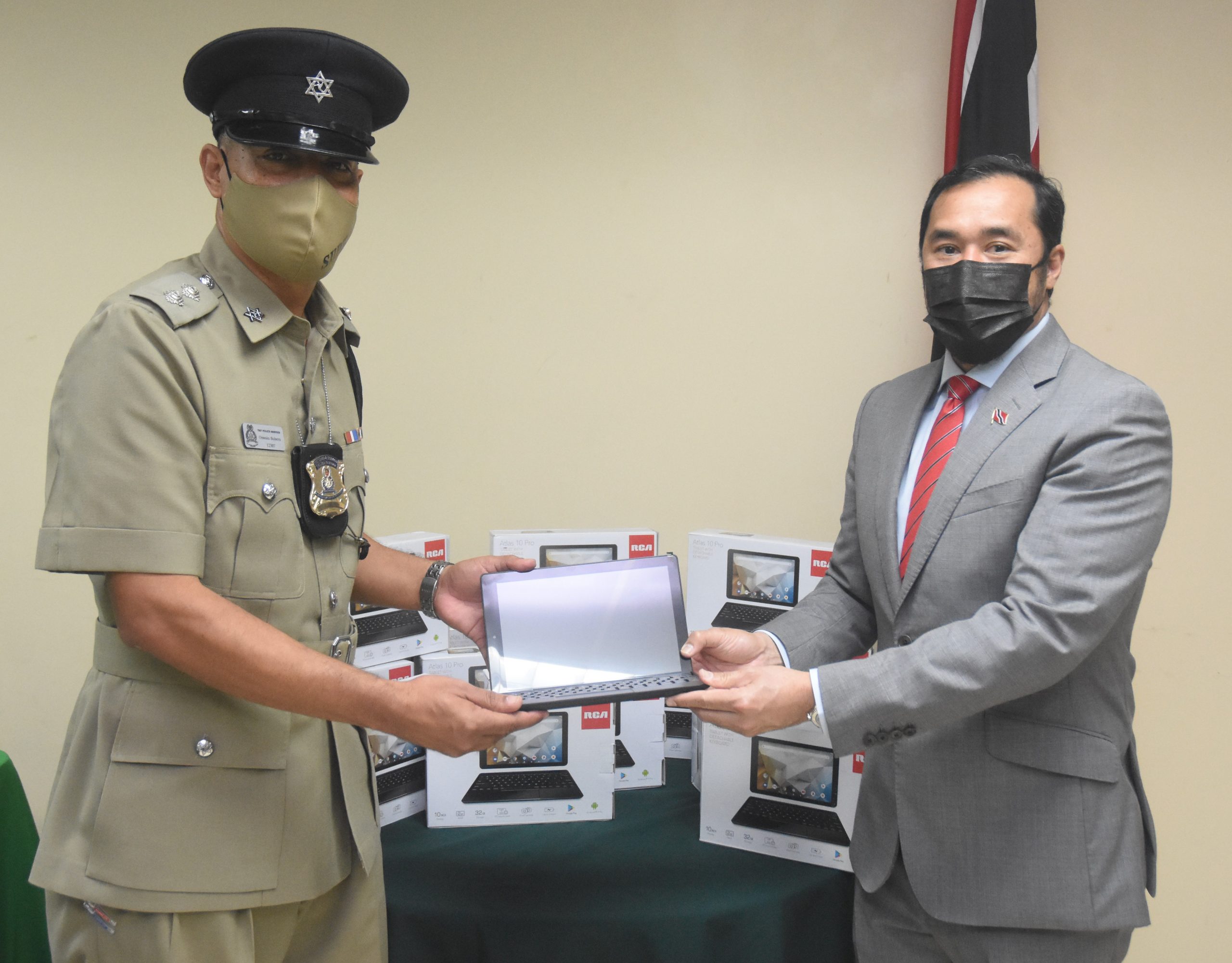 This programme emanates from the Office of Law Enforcement Policy’s (OLEP) Morvant Laventille Initiative (MLI), which was created to improve the quality of life of communities in the East Port of Spain district, through the effective delivery of policing and other public services and programmes.

According to the Ministry of National Security in a media release issued today, the “No Child Left Behind” programme was established to ensure that children in need from these communities are provided with the necessary equipment to access virtual learning during this challenging time brought on by the Covid-19 pandemic. 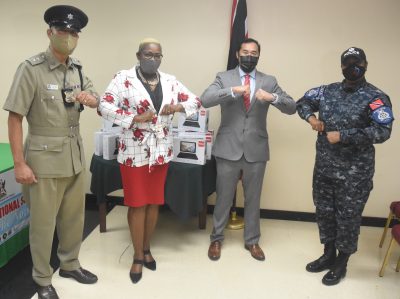 OLEP through the MLI, partnered with the Inter-Agency Task Force (IATF) Hearts and Minds Programme, to identify students in the East Port of Spain area, from primary to tertiary level who are at risk of being ‘left behind’ in their quest for education.

Speaking at the official launch of the programme, Minister Young took the opportunity to thank OLEP and the Hearts and Minds Programme for collaborating on such a noble initiative.

Minister Young stated, “Due to the changes in the school learning process caused by the COVID-19 pandemic over the past several months, some of our children lack devices to access virtual learning.

The “No Child Left Behind” programme is an excellent initiative designed to help children who may need support.”

During the ceremony, Minister Young also accepted seventeen (17) new devices donated by the Trinidad and Tobago Police Credit Union to the “No Child Left Behind” programme.

Members of the IATF Hearts and Minds Programme, who are in charge of distributing the devices, were also present to receive them on behalf of the schools and communities in East Port of Spain.

To date the programme has received two hundred and twenty-five (225) devices, which will be donated to twenty-one (21) schools and communities over the Christmas period.

This first phase targets students preparing for the SEA, CXC and CAPE examination in 2021.

Man arrested after relieving himself on neighbour’s glass table 0