No bail posted for McDonald

MP for Port-of-Spain South Marlene McDonald is yet to access her TT$2 million bail. She is still warded at the St. Clair Medical Center. 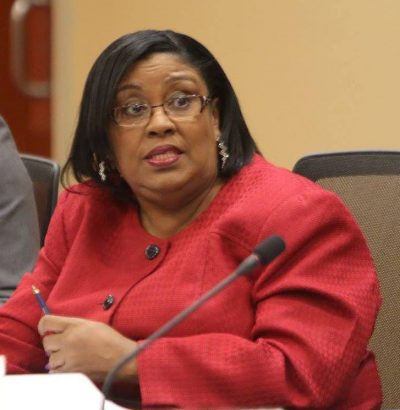 McDonald was charged along with Michael Carew, Victor McEachrane, Edgar Zephyrine and Wayne Anthony for attempting to defraud the government by procuring funds for Calabar Foundation.

Carew was granted bail of TT$500,000; McEachrane TT$400,000; Zephyrine TT$1 million and Anthony TT$100, 000. Anthony was the only one to access his bail and was taken home. Carew, Zephyrine and Anthony are still in police custody awaiting their bail to be posted.

McDonald, whose appointment as Minister of Public Administration was revoked as a result of her charges, was stripped of her title as Deputy Political Leader of the PNM yesterday. She retains her role as MP for POS South.

Legally, McDonald should be imprisoned until her bail is posted.