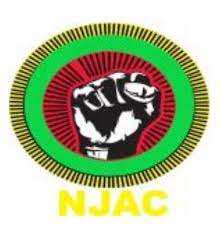 The National Joint Action Committee says it has taken note of the recent call made by Prime Minister, Dr. Keith Rowley, for the British hierarchy and Government to offer reparations to those who were wronged and suffered the indignity of slavery.

Dr. Rowley was responding to a statement that was made by Prince William, the Duke of Cambridge, who acknowledged that slavery was abhorrent, should never have happened and forever stains our history.

However, NJAC advises the Prime Minister, it is not sufficient to call for Reparations, but rather, leaders within the Caribbean and throughout the diaspora must demonstrate the commitment and the will towards achieving this objective, through a unified effort of agitation, education, mobilisation and determination.

In a media release on Wednesday afternoon, NJAC said in most of the other Caribbean nations this work is already being conducted through their respective National Reparations Committees.

In 2017, NJAC wrote to the Prime Minister, requesting a meeting to discuss the re-convening of the Trinidad and Tobago National Committee on Reparations.

NJAC said it  welcome the recent remarks uttered by the Prime Minister, Dr. Keith Rowley and hopes this is an indication  the Trinidad and Tobago Government will now re-join our Caribbean neighbours in ensuring a vibrant and functional National Reparations Committee is established.

It said this will lend impetus to the regional and global struggle for Reparations, which has been so ably led by Professor Hilary Beckles.