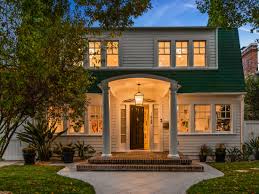 Now, it’s been put up for sale for a whopping $3.2 million after previously being purchased by Hustlers director Lorene Scafaria. Scafaria’s partner Bo Burnham also used it for his Netflix special, Inside.

There hasn’t been an A Nightmare on Elm Street film since 2010. However, Elijah Woods has shown interest in rebooting the haunting tale. Woods’ production company SpectreVision has produced several films, including A Girl Walks Home Alone at Night, Color Out of Space, and Mandy.

“We, personally, have talked a lot about, internally, Elm Street and how incredible it would be to play in that universe again and see that universe, to see Freddy [Krueger] and just that concept be explored again,” said Wood. He added, “You almost have to let Freddy go and move into a different direction. I think you bring Freddy along for the ride initially, but you have to go somewhere else with it because it’s such well-trodden ground.”

Transparency needed in the criteria for allocating national scholarships 0