Venezuela’s Foreign Minister, Jorge Arreazra tweeted that “On the instructions of the President Nicolas Maduro we summon the neighbouring government of Trinidad and Tobago to a necessary working meeting.”

Arreazra in his tweet said the meeting would be to discuss and review issues of security, human mobility, the fight against crime and drug trafficking.

He also hinted to it being the second meeting with the T&T Government within the last four months.

No indication as to if the meeting request was accepted and or when it will be hosted. 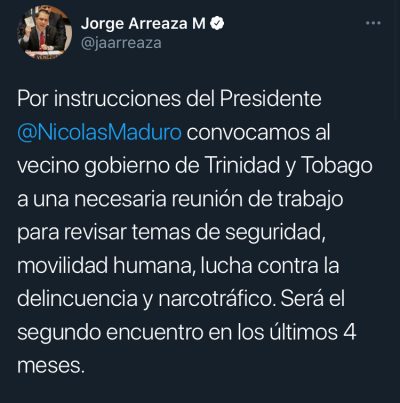