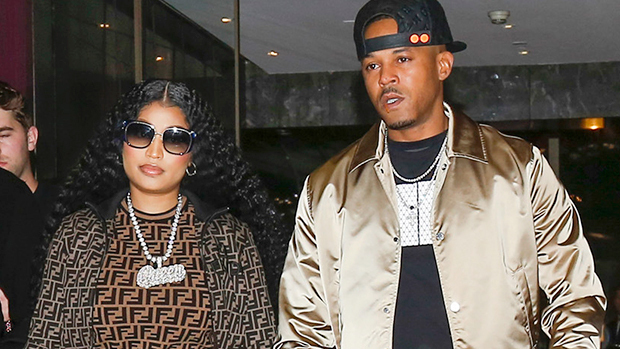 Kenneth Petty has pleaded guilty to charges that he failed to register as a sex offender after moving from New York to California after marrying Nicki Minaj. Petty was required by law to register once he moved state because of a previous conviction for attempted rape in New York.

Nicki Minaj’s husband had initially pleaded not guilty to the charge, but on Thursday, he changed his plea, according to PEOPLE. His case will now immediately move to sentencing in January.

Petty’s charges stem from a traffic stop conducted by police in Beverly Hills in November 2019 when he was arrested. According to authorities, Petty was arrested after police learned that he had moved from New York to California and failing to register his offender status. He was later released on $20,000 bail. However, he was re-arrested in 2020 when he was charged in connection with the incident.

Kenneth was convicted of first-degree attempted rape in New York in April 1995 when he was 16 years old. He served just over three years in jail for the crime and was required to register his offender status should he leave the state.

Meanwhile, both Kenneth Petty and Nicki Minaj have come under fire after the victim sued the couple for harassment and claiming that both of them tried to force her with a payoff to recant her account of the incident. Minaj, who has been raked over the coals for allegedly using money to bribe the victim, has in the past stated in interviews that the conviction destroyed Petty’s life and that the conviction stemmed from a lie by the victim.

The victim, who has identified herself as Jennifer Hough, claimed in her lawsuit that Petty and Minaj began contacting her and members of her family after his arrest in California, where she offered half a million dollars for the victim to recant her story.

The victim also claims that a prepared document recanting the attempt was also given to her with a promise of $20,000 offered upon her signature.

Meanwhile, Minaj and Petty have been quiet about the lawsuit and his charges. However, Nicki defended her husband, stating that he and the victim were “in a relationship” when the incident reportedly took place.

Although the victim denies the claims, Nicki Minaj has said that Petty was wrongfully accused of rape.