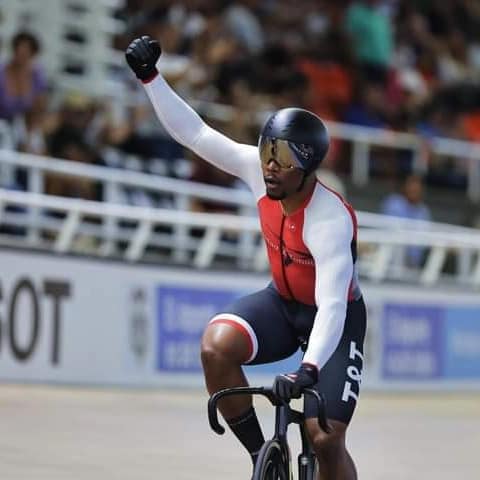 Nicholas Paul pedalled to the medal in London, England on Saturday, winning a historic gold for Trinidad and Tobago in the keirin event at the Commonwealth Games.

This was TT’s first cycling medal at the Commonwealth Games since 1966.

At the Lee Valley VeloPark in Stratford, London, Paul maintained second place behind Malaysian Shah Sahrom for the first three laps, but was pushed into third place by Scotland’s Jack Carlin, when the motorised pacer exited.

However, with just over two laps to go, Paul ramped up his power to take the lead and eventually grab the Commonwealth Games gold.