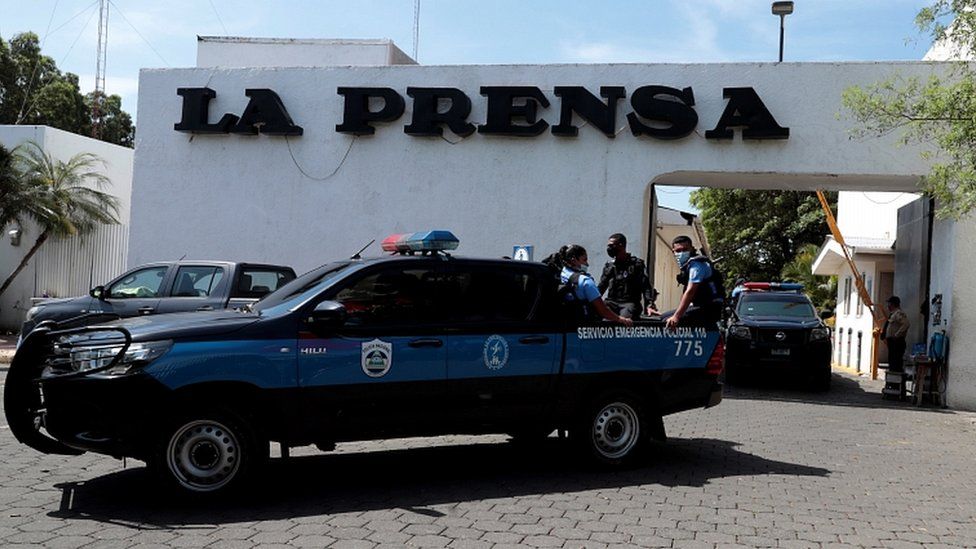 Police in Nicaragua have raided the offices of the country’s main newspaper, La Prensa, which has been highly critical of President Daniel Ortega’s government.

Journalists said internet access and electricity were cut during the raid.

Police said they were investigating allegations of customs fraud and money laundering by the newspaper’s managers.

La Prensa is owned by the family of Christiana Chamorro, a high-profile politician who was detained two months ago after announcing she would run against President Ortega in November’s elections. Other presidential hopefuls have also been detained.

La Prensa has repeatedly referred to Mr Ortega as a “dictator”.

On Thursday, the paper said it was having to suspend its print edition because authorities had refused to release imports of newsprint.

Pro-government news outlets published images of the newspaper’s warehouses which they said showed it had no reason to halt the print version.

Canal 4 posted on social media: “In the warehouses of La Prensa newspaper there is abundant stationery available so that the company can continue printing its newspaper.”

La Prensa staff insisted that there was not enough paper in the building to print even one edition.

Tobago hoping to receive over $3bn in upcoming budget 0