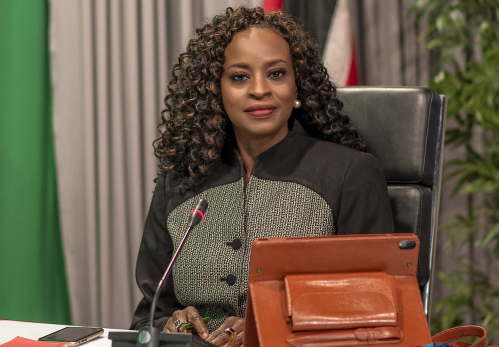 The Non-governmental Group, Is There Not a Cause, is recognised and celebrated for its work for the past 20 years.

To celebrate with the NGO, Minister of Social Development and Family Services, Donna Cox, recently celebrated at its 20th anniversary celebration.

In commemoration of this significant milestone, ITNAC launched an Outreach Centre, located in St James, which will seek to provide services to socially displaced and indigent persons.

Minister Cox said collaborations, namely with civil society organizations, such as ITNAC, is also crucial at this time for sustainable social development.

Within recent times, the Ministry has been more intentional in establishing partnerships with these NGOs, CBOs and FBOs who are dedicated to ensuring that our vulnerable populations are treated with the respect and dignity they deserve; as NGOs are also capable of reaching these persons where they are.

Minister Cox also noted that recently, there has been an increase in family violence, resulting in the death of women and children.

As she addressed the audience, Minister Cox also encouraged the members of ITNAC, and other similar Non-Government Organizations, Faith Based Organisations and Civil Society Organisations, to continue to partner with the Ministry.

The Ministry remains committed to developing partnerships in an effort to ensure that the most vulnerable are not left behind.

Loading...
Newer Post
Five Families Affected By Claxton Bay Landslides Are Getting Help From The Government
Older Post
Customers To Get Water From 8PM Today From Navet Treatment Plant