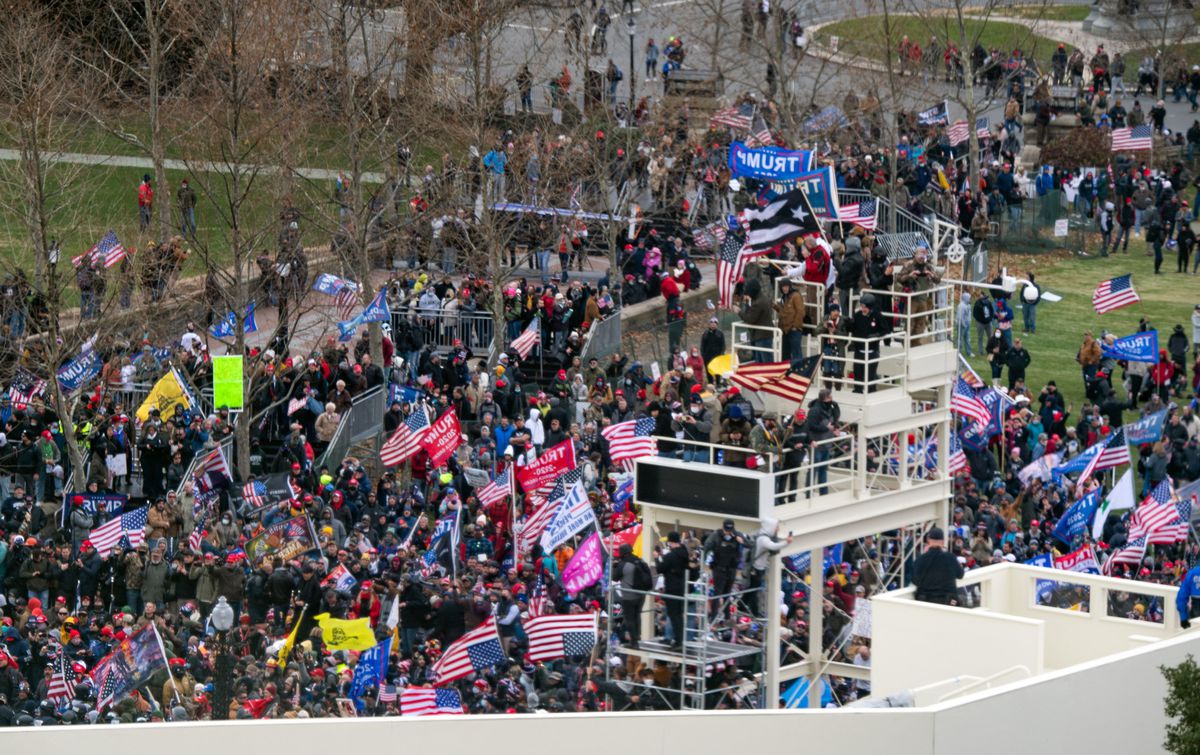 Supporters of Donald Trump are reportedly planning a second attack on the U.S. Capitol on March 4, a Democrat on the House Armed Services Committee said.

Adam Smith, the chairman of the committee, told defense officials on Wednesday that QAnon conspiracy theorists and Trump supporters were considering another seat on Capitol Hill that day, CNN reported.

The QAnon conspirators – borrowing claims made by the extremist Sovereign Citizens movement – believe Mr. Trump will return as President of the United States on March 4th, the day of the pre-1933 inaugurations.

According to theories circulating online, the United States has not been a country since the gold standard was not anchored in 1933 under Franklin DRoosevelt, while no president has been legitimate since the 16th amendment was adopted in 1871 under Ulysses S. Grant.

Mr Smith told defense officials, “They think maybe we should come together again and storm the Capitol on March 4, which is circulating online.”

“Stuff like that goes around all the time, does that mean it’s going to happen, probably not,” Mr Smith said, “but if you want to help tell them not to, tell them that the election is over. Joe Biden won. ”

Concerns about QAnon and Trump supporters planning another attack on March 4 have been circulating for weeks, as Julian Feeld, producer of the QAnon Anonymous podcast which debunks QAnon theories, told CNN last Wednesday.

“I think there are obviously different beliefs about what’s going to happen that day, but I think a lot of people expect a ceremony, and that ceremony could be accompanied in their minds by what the QAnon believers call it “the storm”, ”Mr. Feeld said.

“It would be the roundup, or military tribunals, you know for the main Democrats and some celebrities that they mistakenly believe to be part of this secret pedophile cabal. So basically people still believe that Trump will come back and be president again ”

The meeting between congressional lawmakers and defense officials comes after the Pentagon and US Capitol Police were both criticized for their response to the Jan.6 attack on Congress, which left at least five dead .

According to Robert Salesses, the Assistant Secretary of Defense for Home Defense and Global Security, as many as 5,000 members of the National Guardwill remain stationed in Washington DC until mid-March, amid concerns surrounding QAnon and March 4.

The Pentagon official added on Wednesday that they were working with the US Capitol Police – who requested the 5,000 troops – and others to determine “the right level of security.”

“We are working closely with the FBI, Secret Service, and others and the Capitol Police to try to determine what they think this threat is, and then examine what they believe is the need for it. National Guard, ”said Mr. Salesses.

According to CNN, Mr. Salesses said there was “no specific and credible threat to the homeland at the moment”, but that the situation continued to be monitored.

Successful Return Of Students To Face To Face School 0