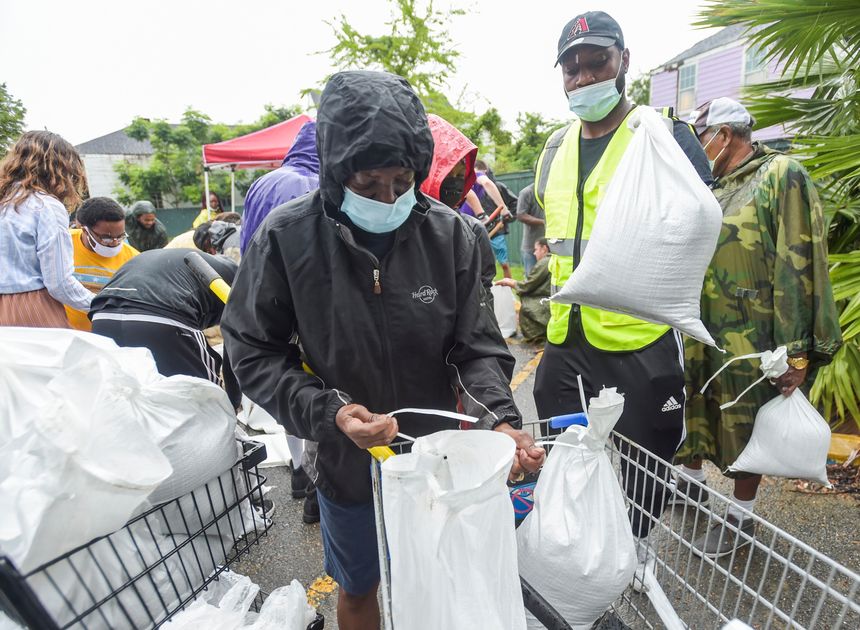 The mayor of New Orleans has called for residents to evacuate unprotected city neighbourhoods as Hurricane Ida bears down on the Louisiana coastline.

“Now is the time,” said New Orleans Mayor LaToya Cantrell in a Friday news conference, calling for those living outside the city levee system to flee.

The National Hurricane Center (NHC) says Ida is likely to be an extremely dangerous major hurricane by Sunday.

It has already brought heavy rain and high winds to western Cuba.

The impact of climate change on the frequency of storms is still unclear, but we know that increased sea surface temperatures warm the air above and make more energy available to drive hurricanes, cyclones and typhoons. As a result, they are likely to be more intense with more extreme rainfall.

Forecasters say the hurricane will be at category 4 strength by the time it reaches the northern coast of the Gulf of Mexico on Sunday.

“This will be a life-altering storm for those who aren’t prepared,” National Weather Service meteorologist Benjamin Schott said, quoted by the Associated Press.

Ida passed over western Cuba on Friday, hitting the Isle of Youth with maximum sustained winds of 75mph (120km/h).

Coincidentally, Sunday marks the 16th anniversary of Hurricane Katrina, which devastated New Orleans in 2005 after making landfall as a category 3. Katrina flooded 80% of the city and killed more than 1,800 people.

Dangerous storm surges are also forecast both in Cuba and the US. Experts say that if they hit at a time that coincides with high tides, sea water could flood over the New Orleans levee system and into the city.

The levees are a system of flood walls, built to protect low-lying New Orleans, and strengthened after the devastation of 2005.

Warm waters across the Gulf of Mexico are fuelling the storm’s rapid intensification, the agency said, adding that flooding could also affect the neighbouring states of Mississippi and Alabama.