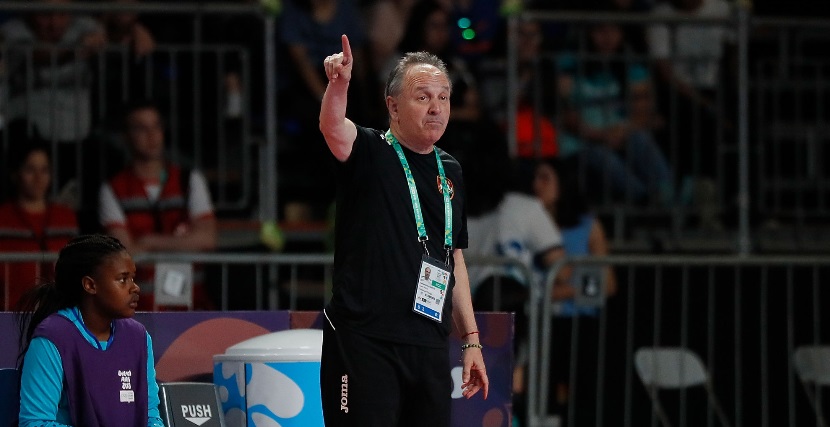 National Men’s Futsal team head coach Constantine Konstin has arrived in the country and is expected to take charge of current training sessions next week.

According to a release issued today by the TTFA Media, Konstin, a former United States National Futsal player,  returned last Wednesday on the same flight as the Men’s Senior Team following their recent visit to Orlando for the International friendly with the United States and all members of the contingent including Konstin have completed its seven-day state quarantine stay.

While sessions were being conducted at the TTFA training facility in Couva by assistant coach Paul Decle over the past week, all Konstin could do was wave at the Futsal training squad members as they completed a jog around the facility last week as he remained within the parimeters of the player accommodation facility.

But with just a few days before he can join them on the court, Konstin couldn’t be more excited.

“First of all I am extremely honored that the TTFA has given me a great opportunity to lead our  Warriors on the path to qualifying for  the FIFA Futsal World Cup in Lithuania this September,” Konstin told TTFA Media.

“It’s an exciting venture for all of us but  we must prepare  our players in the best possible way for the qualifying phase in Guatemala in April. For the first few weeks we will be focusing on getting to a point where we can properly assess the players  before selecting the first squad from the existing pool. During that time we will be emphasizing in getting the players  fit and familiar with the rules, principles and concepts of Futsal,” said Konstin who has also served as a FIFA futsal coaching instructor.