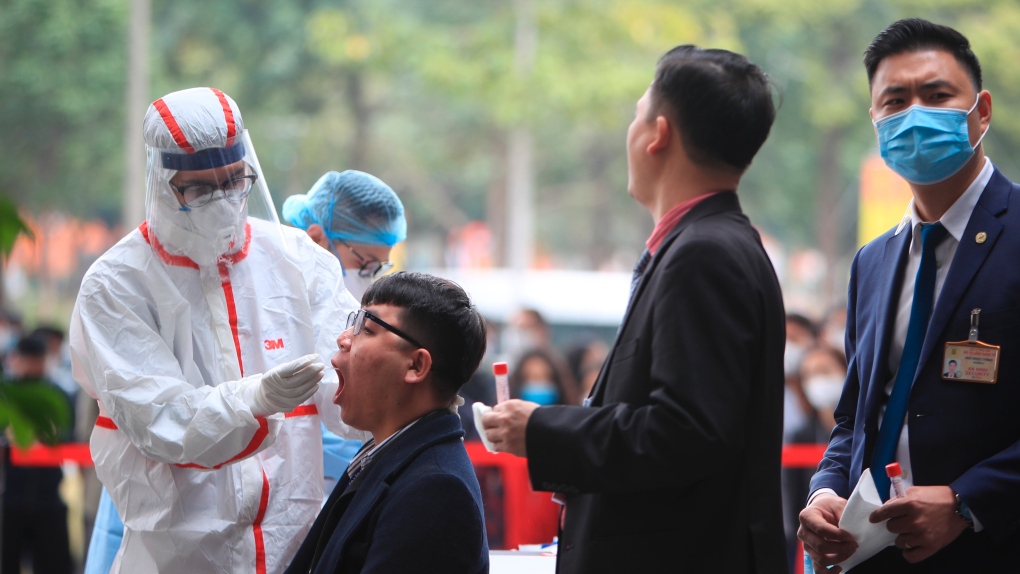 New hybrid variant of COVID-19 found in Vietnam; said to be “very dangerous”

Vietnam has detected a Covid variant that appears to be a combination of the Indian and UK variants and can spread quickly by air, officials say.

Viruses mutate all the time and most variants are inconsequential, but some can make a virus more contagious.

Since Covid-19 was first identified in January 2020, thousands of mutations have been detected.

“Vietnam has uncovered a new Covid-19 variant combining characteristics of the two existing variants first found in India and the UK,” Mr Nguyen told a government meeting, according to Reuters news agency.

Mr Nguyen said the new hybrid variant was more transmissible than previously known versions, especially in the air. He said it was discovered after running tests on newly-detected patients, online newspaper VnExpress reported.

He added that the genetic code of the virus would be made available soon.

The variant of Covid-19 first identified in India last October – called B.1.617.2 – is more transmissible than the UK/Kent variant – also known as B.1.1.7 – according to experts.

Research suggests that vaccines, such as the Pfizer and AstraZeneca jabs, are highly effective against the Indian variant after two doses, but protection from one dose appears to be reduced.

There is no evidence that any mutations of the coronavirus cause much more serious illness for the vast majority of people.

As with the original version, the risk remains highest for people who are elderly or have significant underlying health conditions.

But a virus being more infectious and equally dangerous will in itself lead to more deaths in an unvaccinated population.

Vietnam has seen a spike in Covid-19 cases in recent weeks. The country has registered more than 6,700 coronavirus cases since the start of the pandemic. Of those, more than half have been recorded since late April this year.

It has also recorded 47 Covid-related deaths, according to Johns Hopkins University data.

Loading...
Newer Post
“Only critical essential workers will be allowed on the roads for Public Holiday” says COP
Older Post
How to make delicious Frittata for breakfast -Food Groups T&T

PM Rowley to participate in a series of talks with high-level U.S. Representatives 0