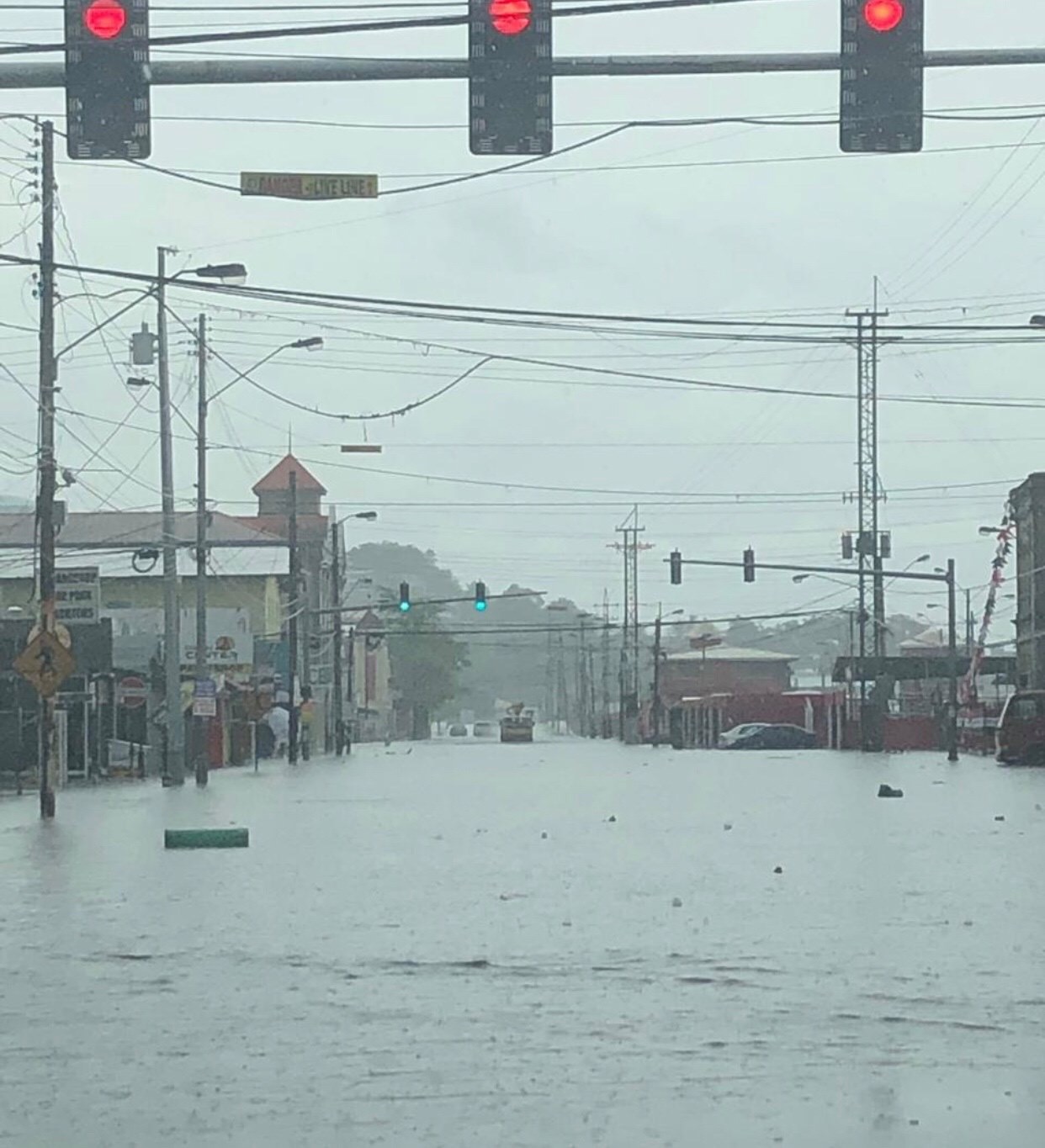 At least 50% of the total rainfall for the month of July was released on Port-of-Spain yesterday.

Works Minister Rohan Sinanan said during the lunch hour yesterday, between 12-1pm, 50 millimeters (mm) of rainfall hit downtown Port-of-Spain, compared to the 101 mm of rainfall that the country experienced in July. As a result, there was street and flash flooding in the capital city.

Sinanan, who was speaking on Power 102’s Power Breakfast Show this morning, noted that that amount of rainfall experienced by any city would have caused street and flash flooding. Because of the cleaning of the drains in downtown POS and the installation of new ones, the water took a longer time to recede. As a result, it took 20 minutes for the water to run off.

No water for some residents on Monday 0

Five held in San Juan with gun and ammo 0