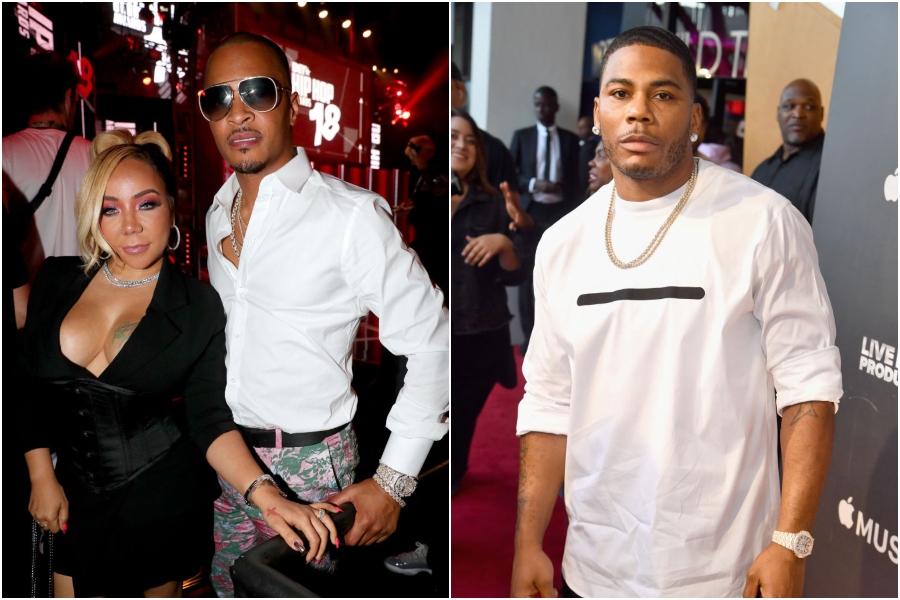 A woman claims T.I. and Tiny forced her to have sex with them and Nelly.

Since earlier this year, women have been coming forward claiming they were victimized by rapper T.I. and his singer-wife Tiny. So far, more than 15 women have spoken out, and the couple has denied all the allegations made against them. The Blast reports a new woman is sharing that she was forced to have sex with the couple and rapper Nelly.

According to Hot New Hip Hop, the woman has come out under the name Jane Doe, and she claims she was a teenager when she was hired to be Tiny’s assistant. The woman says she was never paid for her work, and she was allegedly forced to take drugs.

According to the New York Times, an attorney named Tyrone A. Blackburn asked authorities to look into the music couple. Blackburn says the couple is accused of several crimes, including sexual abuse, forced ingestion of illegal narcotics, kidnapping, terroristic threats, and false imprisonment. The Blast reports that Blackburn is calling for the Northern District of Georgia, the Central District of California, the Los Angeles County District Attorney, the state attorneys general of California and Georgia to move forward with a possible investigation.

“On several occasions, T.I. forced her to take multiple ecstasy pills,” and “the duo forced her to engage in sexual acts with different women against her will,” said Blackburn regarding one alleged victim. “She has personally witnessed women complaining of being kidnapped and held against their will for days at a time.”

Policemen Charged with Murder of Sando Man is Freed 0