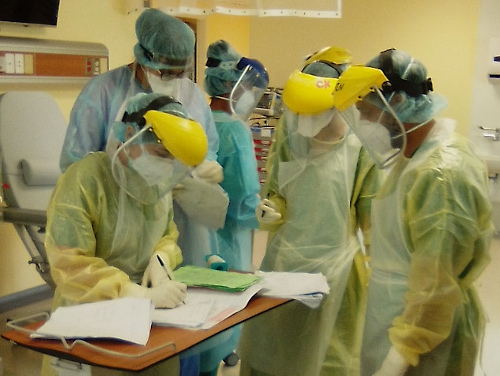 No case of the Delta variant has been detected in T&T yet, however, the North Central Regional Health Authority (NCRHA) is doing its best to get on top of the variant in the eventuality that it does arrive, by training and retraining its nursing staff.

Chief Executive Officer Davlin Thomas, in an interview with GML, said: “We are not waiting for it to come to us to figure out what to do or how to address it,”

Instead, he said, “As an RHA, we are preparing for the worst-case scenarios, so we will know how to react. We are implementing critical care training to help sharpen the skills of our professional staff.”

The training is being offered in specialised areas, including intubation and ventilator care and involves a multi-disciplinary Incident Response Team (IRT).
This team, according to Thomas, will “deal with the multiple possibilities that could emerge now.”

Thomas said “We are really preparing for the possibilities rather than just reacting in the moment.”

The Delta variant had been reported in 96 countries up to July 5th and officials are expecting it will continue to spread.