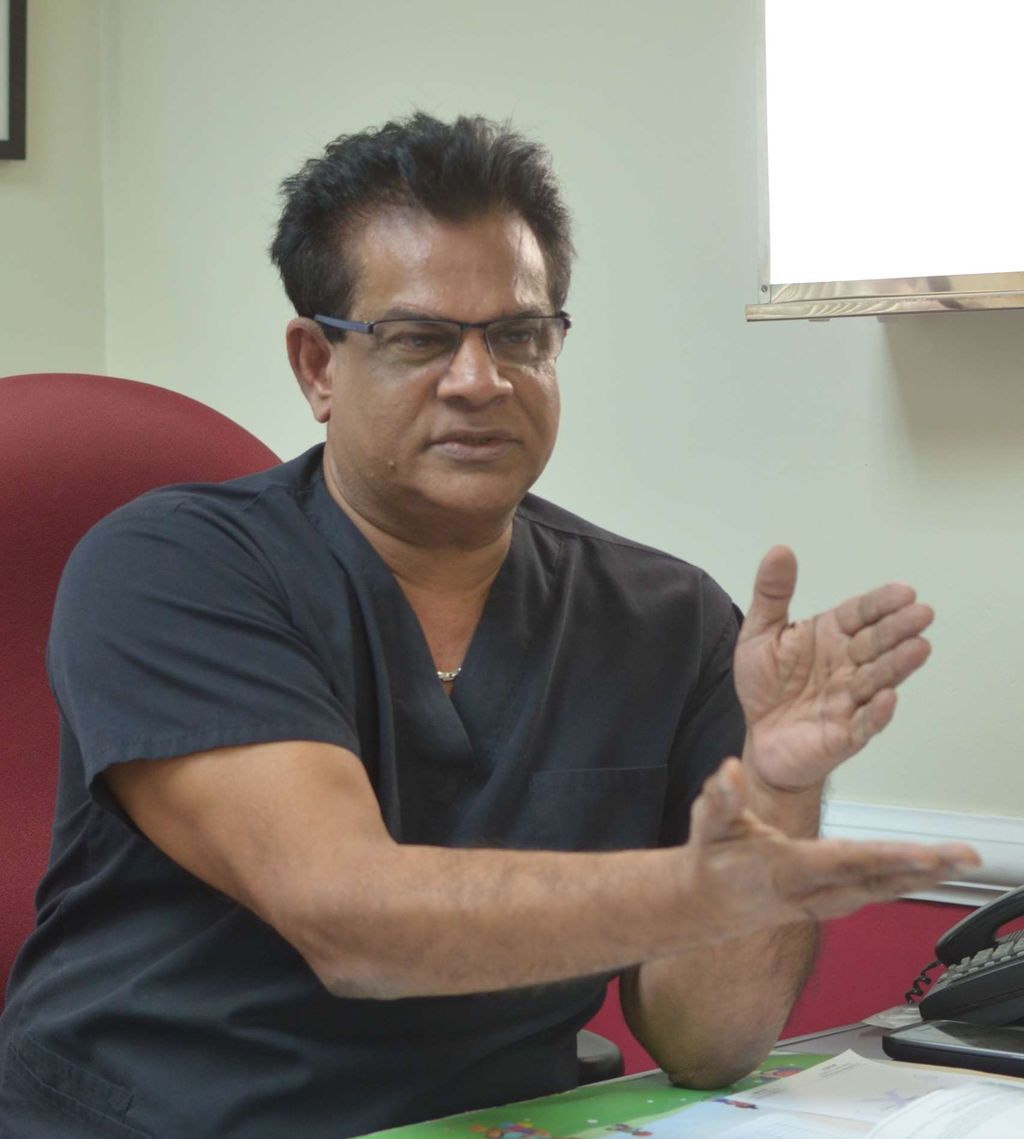 Former San Juan/Barataria MP, Fuad Khan, has come out in defence of the four senior doctors, who were recently removed from duties at the Couva Hospital by the management of the North Central Regional Health Authority (NCRHA).

Khan, in a statement, said “At a time when the Government of Trinidad and Tobago has responded to the increase of infections and fatalities as a result of the COVID-19 pandemic by instituting a State of Emergency in the country, we would have expected that every measure was being taken to ensure that the healthcare being provided to those persons hospitalised in the parallel system would match the seriousness of the situation.”

He said “It is therefore disturbing to learn that the North Central Regional Health Association has taken the decision to remove four senior physicians from the Couva Health facility and replace them with individuals who may not have the experience or the expertise necessary to deal with this crisis. What is worse is that the response being given by the CEO and other officials of the NCRHA appears to be taking the position that the removal of these doctors from the parallel health system is a “rotation cycle” when in fact these four doctors have been reassigned completely and will no longer have any involvement with the COVID-19 patients.”

Khan said “What this means for the hundreds of persons currently hospitalized for this deadly virus is that they will no longer be receiving the best healthcare from the most experienced doctors, not as a result of any medical emergency, but rather because of administrative mismanagement.”

He noted “By removing all four senior physicians at the same time, the NCRHA is now signalling that they are no longer interested in studying and analyzing the spread of the virus, or the treatment, and are instead managing the Couva Hospital like a health office, with only the bare minimum amount of healthcare being afforded to these critical patients.”

“The concept for the Couva Hospital always maintained an element of learning from its inception when it was built by the People’s Partnership administration as the Couva Children’s Hospital, and even when the PNM took over its operations, the idea was always to pair the facility with a higher learning institution such as the University of the West Indies to develop the level of healthcare this country has to offer,” Khan said.

According to Khan, “The decision by the NCRHA not only threatens the quality of care being received by the patients at the Couva Hospital but the entire parallel health system as the persons best qualified to evaluate and assess the method of treatment have been removed from the programme entirely and the persons who have been rotated into their place are now essentially starting from scratch.”

“With the number of fatalities of the COVID-19 virus at its peak in this country, the timing of this decision could not have been worse, and in fact, may now worsen as a result. Instead of removing these four physicians from the programme, additional staff could have been added to allow a proper rotation within the hospital that retained the most experienced persons to carry on with their work. Instead, what appears to be an act of spite among the administrative personnel as a result of a similar request, is now threatening the lives of the patients whose lives they are supposed to be protecting.”