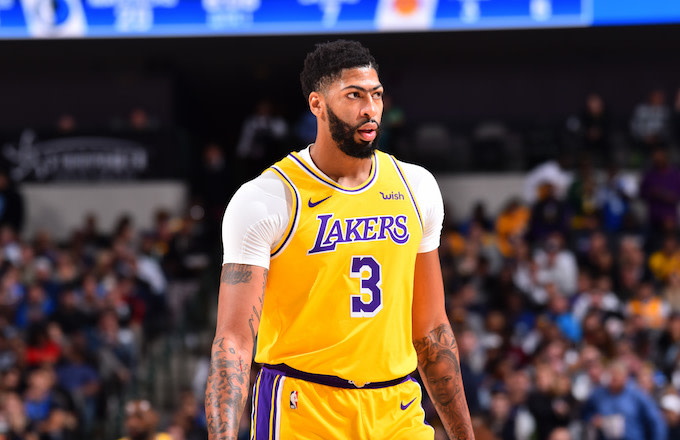 The Anthony Davis era with the Los Angeles Lakers is off to an amazing start so far. With LeBron James taking a backseat to Davis, who is fifth in the league in points per game with 28.5, the Lakers have started the 2019-20 campaign by putting together a Western Conference-best 5-1 record.

It would preposterous to believe that Davis would even consider the possibility of bolting Los Angeles, but while speaking with students from his alma mater Perspectives Charter School in Chicago, AD didn’t rule out coming to play for the Bulls.

Lakers star Anthony Davis on possibility of playing for hometown Chicago Bulls in future: “I mean, I am a free agent next year … but we will see.” pic.twitter.com/Y377w1AlAQ

Davis, who is in his hometown of Chicago with the Lakers set to play the Bulls on Tuesday, stood by the claim he previously made that the Chi should be considered the “Mecca of Basketball,” not New York.

Anthony Davis stands by Chicago being the Mecca of Basketball: “It is. We’ve got the best basketball players ever. You look at the history with all the guys we’ve got that made the league and even the guys that didn’t make the league. They say New York, but it’s not even close.” pic.twitter.com/k7Xfmg1CRb

Lakers fans probably have no reason to be concerned about Davis’ future in L.A. despite these remarks about his impending free agency, but the NBA has a history of having a few surprises up its sleeve every summer.