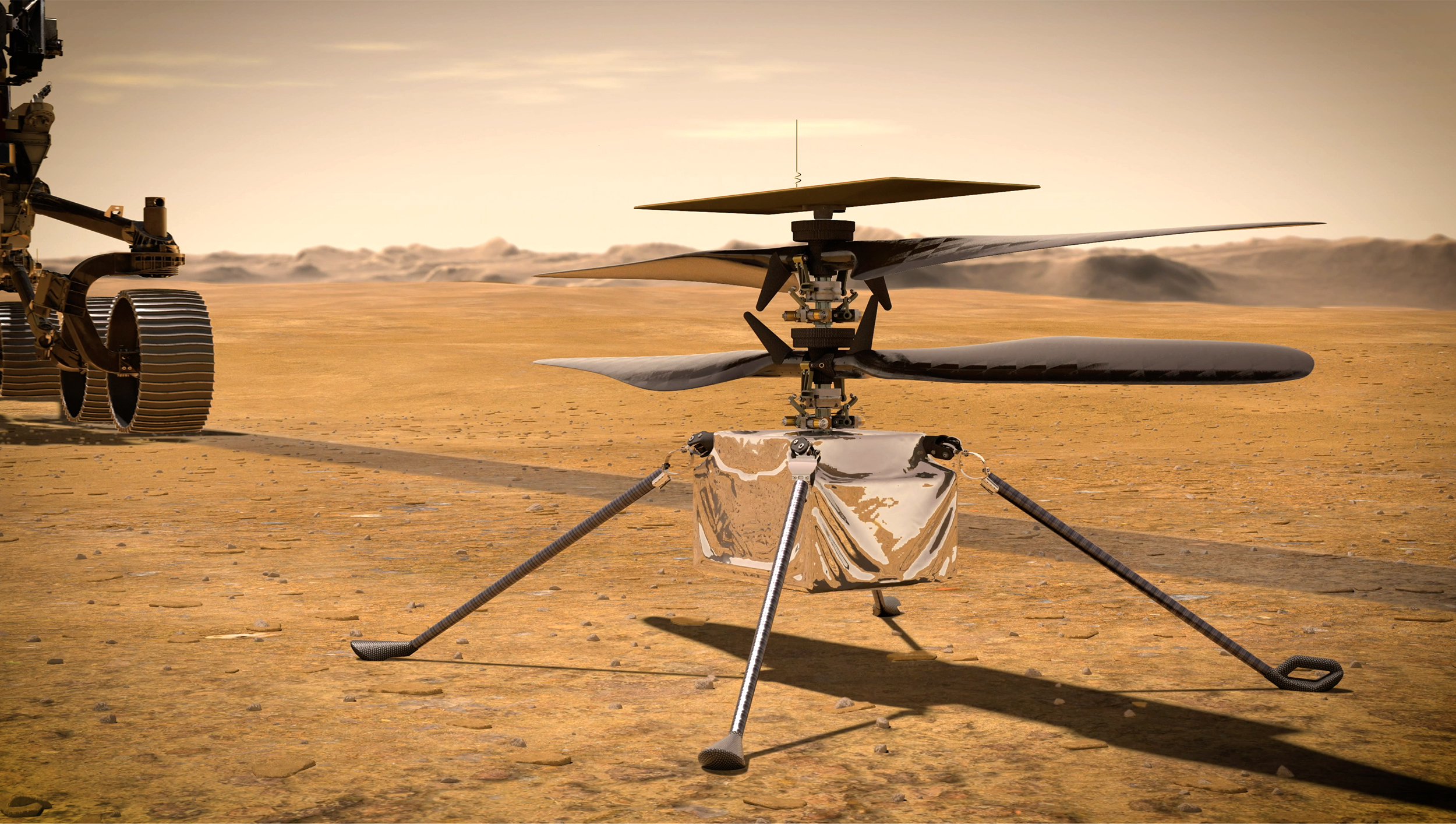 After six years of development, the first aircraft to take flight on another planet will set sail from Mars early Monday morning. NASA’s helicopter, called Ingenuity, will take off at 3:15 a.m. PST.

You can watch the epic flight from NASA Television, the NASA app and the agency’s website. NASA will also livestream on multiple agency social media platforms, including the JPL YouTube and Facebook channels.

It happened. Today our #MarsHelicopter proved that powered, controlled flight from the surface of another planet is possible. It takes a little ingenuity, perseverance, and spirit to make that opportunity a reality: https://t.co/oT3rrBm6wj pic.twitter.com/u63GKshp0G

Ingenuity arrived at Mars’ Jezero Crater on Feb. 18. It was attached to the underside of NASA’s Perseverance rover.

The Mars rover will provide extra support during the flight operation and will take images while collecting environmental data. The rover also hosts the base station that “enables the helicopter to communicate with mission controllers on Earth,” NASA said.

The helicopter was initially set to take off on April 11, but the flight was delayed due to a timing glitch in the helicopter’s systems.