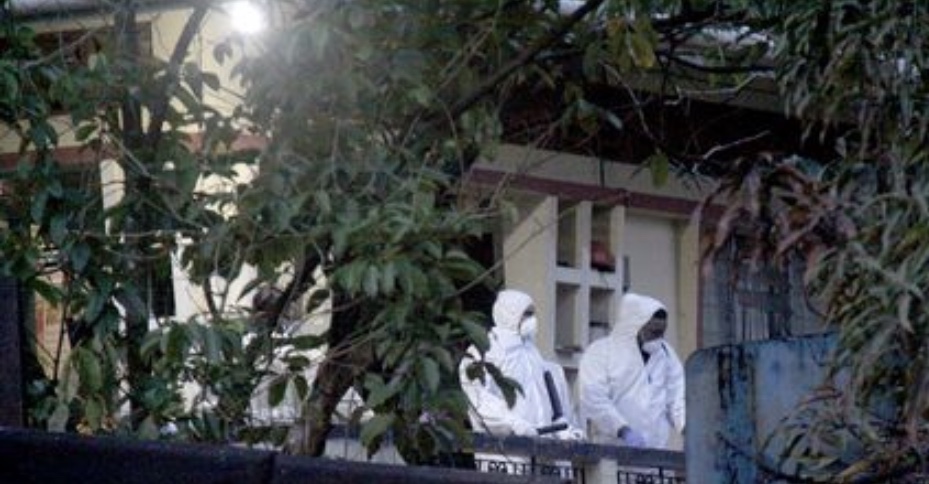 The mystery widens in the horrific Penal triple murders with more information now becoming available. The victims throats were slit in addition to being shot. Judging from the state of decomposition it seems they were killed since Sunday. The bodies were also found in different places in the house with the infants including a four year old girl and eight month old brother found dehydrated, malnutritioned and their clothing blodied and soiled from touching their parents blodied and decomposing corpses. 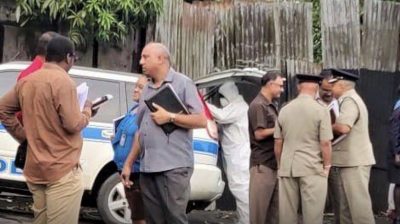 The 21 year old elder brother Visham Mohammed made the gruesome discovery and reportedly took the children to safety at a neighbor’s house before calling the police to report the tragic discovery .
He had been trying to contact his parents and uncle since the weekend but to no avail , this is when he decided to visit to check on them.
The family were described as extremely reclusive and did not ‘mix up’ as one neighbor described them but they were quiet and polite. 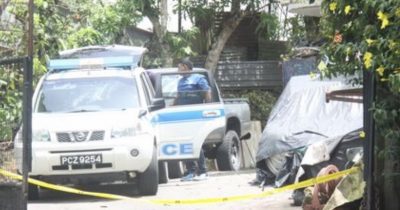 Police are still trying to determine a motive for the killing of Wazir Mohammed his wife Shelly-Ann Ra­goo­nanan 43 and Mo­hammed’s broth­er, Naz­im, 52 .
The infant children are being cared for by a family member as police continue investigations.