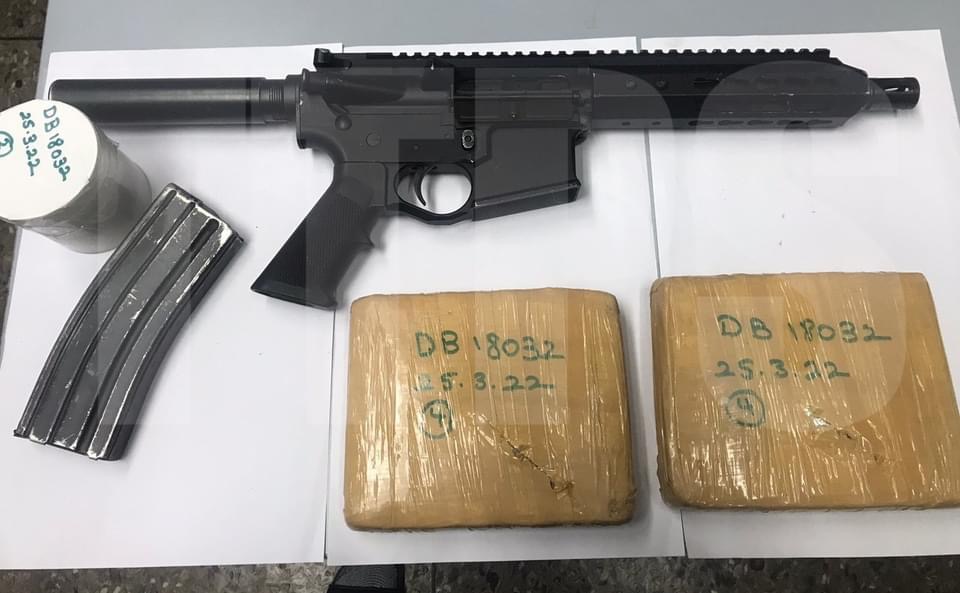 The team of officers continued to lead an anti-crime exercise throughout the Capital City.

According to police reports, around 11:40 pm on Saturday 26th March, officers attached to the Port-of-Spain Task Force received information from the Port-of-Spain Operational Command Centre, who informed them that a man was being stabbed by an assailant in the vicinity of Charlotte Street and Duke Street.

The officers responded immediately and upon arrival at the scene, they observed a man fitting the description of the suspect with blood on his hands, in possession of a knife covered in blood in his hand. The officers arrested the man, took possession of the knife and conveyed him to the Port-of-Spain General Hospital to seek medical attention. A short while later, officers observed a man lying motionless on Charlotte Street in a pool of blood, nursing what appeared to be stab wounds to his chest.

The unidentified victim was taken to the Port-of-Spain General Hospital, where he later succumbed to his injuries. The suspect along with the knife was handed over to the Homicide Bureau of Investigations Region 1, who are currently conducting enquiries into the suspected murder.

On Friday, officers of the Homicide Bureau of Investigations also charged two men, HILLISTER BYER, 25, and AARON MOSES, 22, in connection with the death of 31-year-old, Dareem Brad Hamilton, whose charred remains were discovered amongst the burnt ruins of a house located at Marjorie Street, La Romaine, San Fernando on Wednesday 5th January, 2022. Both men are due to appear before a San Fernando Magistrate on Monday 28th March after they were both charged with murder and setting fire to a dwelling place with persons therein.

“Eradicating the threat posed by illegal firearms to the public remains a major priority of the Trinidad and Tobago Police Service (TTPS) and intelligence-led operations are key to accomplishing this goal”. So said Acting CoP Jacob as he commented on the seizure of five illegal firearms, which included three high-powered weapons over the weekend.

On Saturday officers of the Western Division arrested a 16-year-old boy from Diego Martin after he was caught in possession of a Mac-11 firearm at Simon Street, Diego Martin. Further enquiries were conducted and when a search warrant was executed at the boy’s home, police also seized an extended magazine.

Meanwhile, around 2:10 pm on Sunday officers responded to information ascertained which led them to intercept a Mitsubishi panel van along the Eastern Main Road, D’Abadie. During the search, police seized one AR-15 rifle with a magazine containing 12/5.56 ammunition and a knapsack containing over one kilogramme of marijuana. One man was arrested in connection with the seizure. Police also seized another AR-15 rifle on Saturday, when members of the Central Division Task Force received information pertaining to a man armed with a firearm. The officers proceeded to Main Road, Kelly Village, Caroni, however, whilst approaching the area, a man with a black bag across his back began running. The officers pursued the man, however, the suspect escaped, dropping the bag in the process. The bag was retrieved and one AR-15 rifle fitted with a magazine was seized and conveyed to the Couva Police Station.

Police in the Southern Division arrested a 30-year-old man from Ste Madeleine on Friday, for possession of a firearm and possession of ammunition after they seized one .38 revolver with two rounds of .38 ammunition during an anti-crime exercise. On Friday officers of the Eastern Division also seized one Walter P99 pistol with a magazine attached. A man from Valencia was arrested in connection with this seizure.

Police work also took a sweet turn and involved a bit of monkey business when officers of the South Western Division stopped a truck on Friday. During the search of the vehicle, officers discovered 60 buckets containing honey and six protected animals, namely Cebus Albifrons, commonly called the white-fronted Capuchin monkey. The seized honey had a street value of $276,000 and the monkeys had a street value of $9,000. The monkeys were handed over to the curator of the Emperor Valley Zoo for safekeeping and five men were arrested. Enquiries are continuing in relation to the honey. 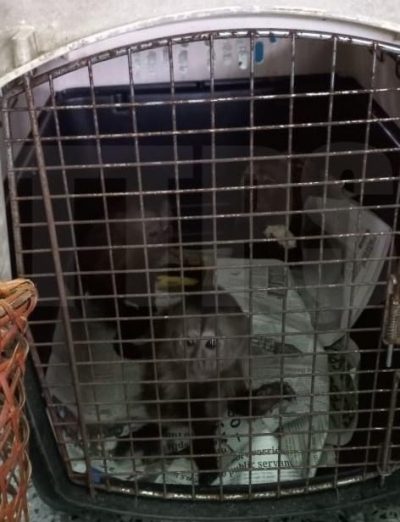 Police from the Central Division also put the brakes on a stolen vehicle ring this weekend when they recovered nine Nissan vehicles that were reported stolen. Two men were arrested in connection with this intelligence-led exercise. 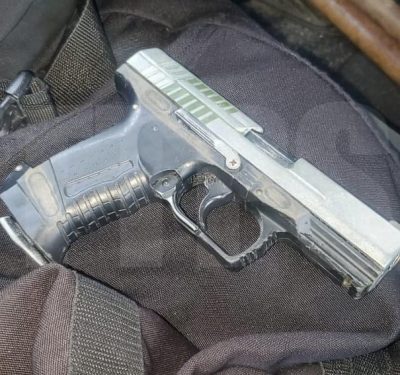 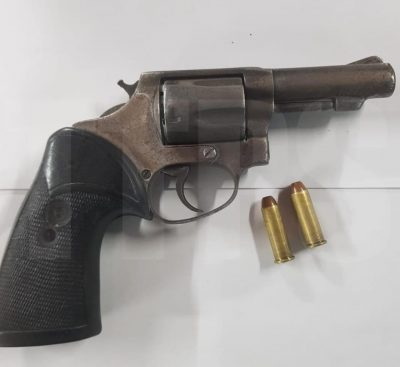