With less than one week until he celebrates his one year anniversary as Police Commissioner on August 6, a record 485 peo­ple have been mur­dered since Gary Griffith took office. 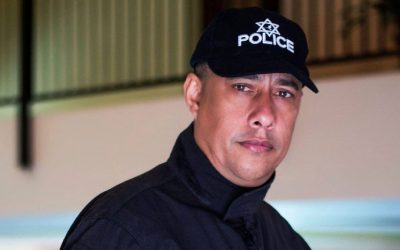 When he assumed the role in 2018, Griffith gave himself a one year deadline to make a difference in this country’s crime rate. But as his one year anniversary approaches, it is left to be seen if he could live up to his word. There have been approximately 485 murders recorded for the year thus far. According to the Trinidad and To­ba­go Po­lice Ser­vices’ Crime and Prob­lem Analy­sis (CA­PA) branch, last year ended with 517 murders. With the rate of crime and bloodletting in the country, it’s anyone’s guess if the number of murders will cross the 500 mark by the end of the year or by Griffith’s one year anniversary date.

When Griffith took office in August last year, the murder toll was approximately 345- over 100 murders less when compared to the same period this year. It is no doubt that the Police Commissioner’s job is a tough one. Although Griffith has sought to introduce new police initiatives such as polygraph testing and new units to solve crime such as the Cold Case Missing Persons Unit to the police service, crime remains a top concern for the top Cop. Observers are already labelling July as the “bloodiest month of the year” thus far, following the killing of the fishermen at sea, and the murders of high-ranking drug dealers and their henchmen.

The mur­der toll in a cal­en­dar year has on­ly ever crossed the 475 mark on four oc­ca­sions. As the last quarter of the year approaches, it is left to be seen if 2019 would set a new record.

Griffith is no stranger to politics or security. He served as this country’s Minister of National Security under the coalition-led Government between 2013-2015 and served as the  National Security Advisor to then Prime Minister Kamla Persad-Bissessar. He was a member of the Trinidad and Tobago Defence Force for 15 years and has experience with foreign military procedures.