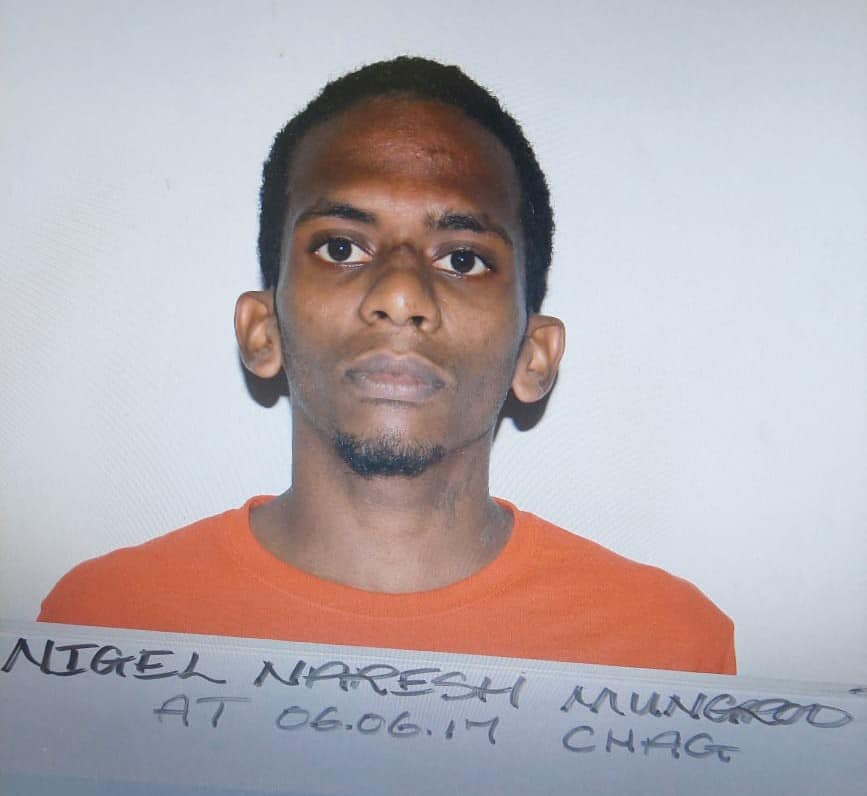 The hunt is on for a man identified as Nigel Mungroo, who escaped prison custody on Saturday.

The Trinidad and Tobago Prison Service, in a release on Saturday evening, advised that on Saturday September 11, 2021, at around 5.00pm, Nigel Mungroo, who is housed at the Remand Prison, Golden Grove compound, complained of feeling unwell.

Whilst being escorted to the Infirmary, he made a dash for the perimeter fence in the vicinity of Waterloo Road, Arouca.

An alarm was immediately raised and officers attached to the Emergency Response Unit responded. The Arouca Police was also contacted and a search is currently underway for Mungroo, in all the surrounding areas.

Mungroo is 5′ 4″ in height, brown in complexion and slim built. He has a scar on his nose, ‘Nigel’ tattooed on his neck, and several small scars about his arms. He was awaiting trial for ‘Murder’ and has been in prison custody since 2015. His last known address is 24A Crawford Branch Trace, Penal.