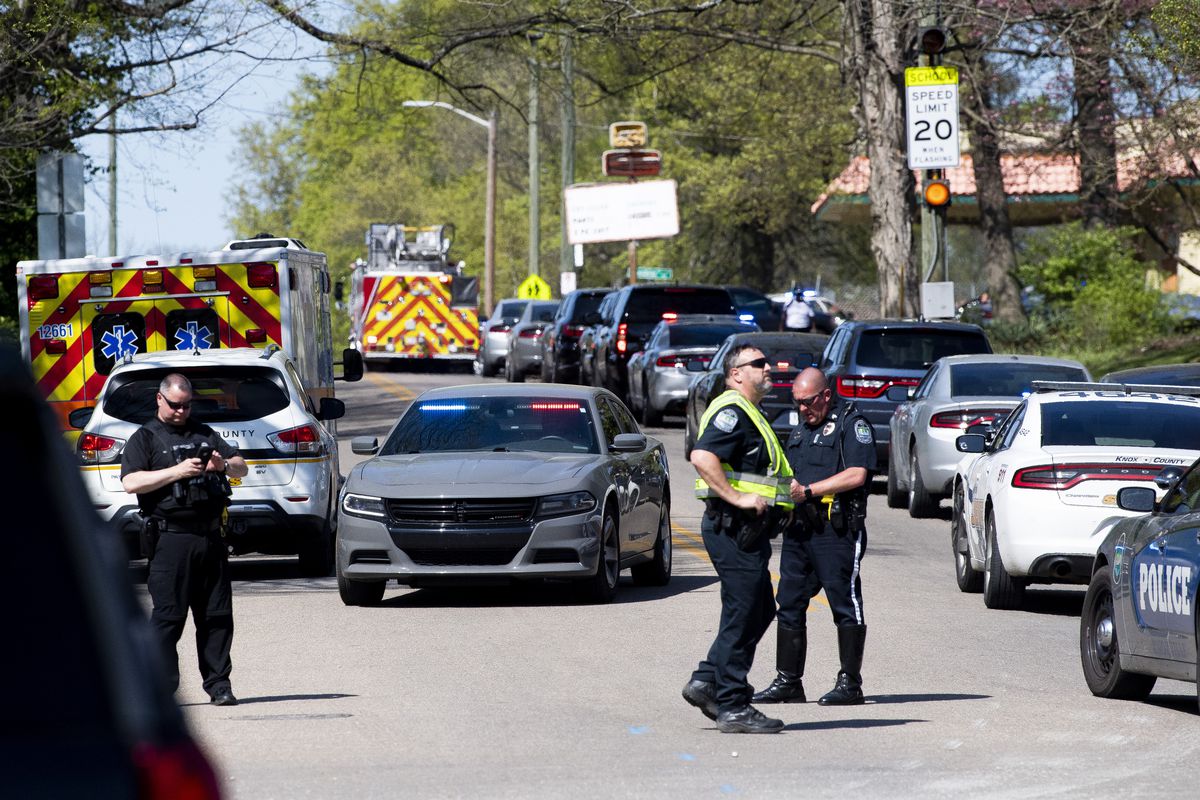 Authorities say multiple people including a police officer have been shot at a high school in the east Tennessee city of Knoxville, and the scene has since been secured.

Police have confirmed multiple gunshot victims, including a Knoxville police officer, at Austin-East Magnet High School. Officers responded to the school on the report of a man who was possibly armed inside the school. As officers approached the suspect, shots were fired, according to police.

The officer was shot at least one time and transported to the UT Medical Center with injuries that are not expected to be life-threatening.

One male was pronounced dead at the scene, while another was detained for further investigation. There are no other known gunshot victims at this time, according to police.

Knox County Sheriff’s Office communications director said there is no active shooter threat at this time.

“The school building has been secured and students who were not involved in the incident have been released to their families,” said KCS Superintendent Bob Thomas.

Police says multiple agencies are on the scene, including the Tennessee Bureau of Investigation and the Bureau of Alcohol, Tobacco, Firearms and Explosives.

The investigation remains active at this time.

A reunification site has been established at the baseball field behind the school, police said in a tweet.

People were told to avoid the area.

“As details continue to emerge, our thoughts are with Austin East Magnet High School and those school community members who have been affected by the shooting that took place this afternoon. The department stands ready to support,” said the Tennessee Department of Education in a tweet.

An Austin-East behavior interventionist said she and other staff members are still inside the school building while police continue their investigation.

As Vice Mayor Gwen McKenzie first walked up to the scene, she said “all I can say is pray.”

The Tennessee Bureau of Investigation said it was sending specialists to the scene.