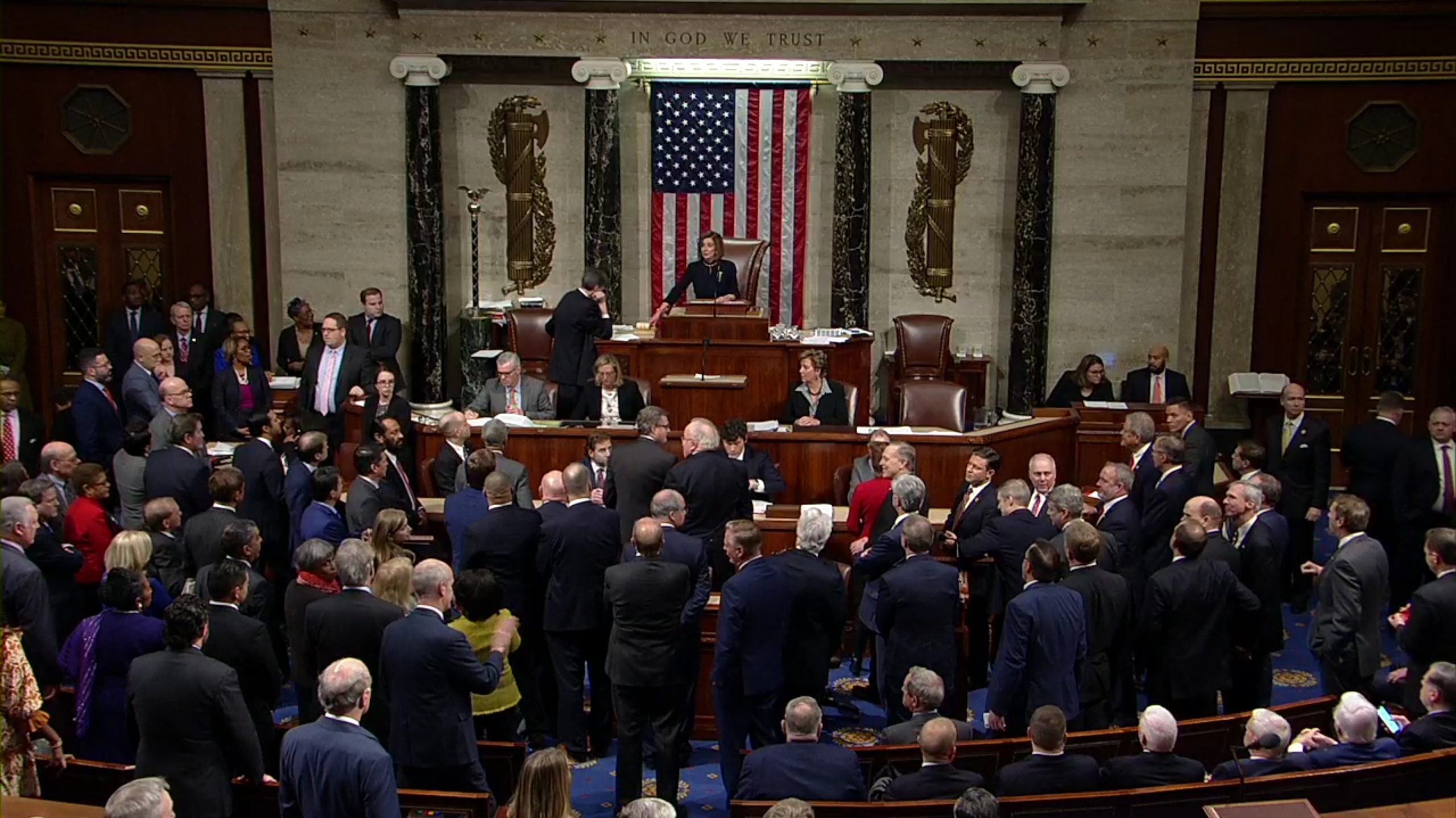 Multiple members of Congress Call for impeachment of President Trump

Voting, speeches, voting: In both houses of the US Congress, hours after the horror scenes in the Capitol, efforts were made to keep to the rules.

However, while the sessions in the Senate and House of Representatives continued on Thursday morning, stressless, peaceful and calm, more and more MPs from both parties are going public with the demand that Trump be removed from office immediately.

This is what Democratic Congressman Tim Ryan said on the news channel MSNBC: “Trump has to go. It cannot be that this man remains in office as the most powerful man in the world, so to speak.” A Republican Congressman who wanted to remain anonymous told the other CNN: “Man has to initiate impeachment proceedings against him and remove him.”

According to CNN Several representatives from Trump’s government team have already met to discuss the removal of the president. According to US law, there are two options for this: An impeachment process, a so-called impeachment, as Trump has already gone through before. This can be initiated by a simple majority in the House of Representatives.

The Democrats have that majority. The majority in the Senate, however, which would also be necessary for this, will probably be difficult to get, as was the case for the first time last year. In view of the exceptional situation after the storm on the Capitol, however, a radical shift in the deputies of both parties would be quite conceivable.

Once the majorities are there, the whole thing could be done within a few hours, my constitution experts. In the Senate, too, the Republican parliamentary group should already discuss decisive steps in this direction.

This facility was created in 1967 in the aftermath of the assassination of President John F. Kennedy. It actually exists for situations in which the president can no longer exercise his office due to illness. The Vice-President and the majority of the Cabinet must formally testify to this.

According to experts, the regulation is clearly intended for ailments, an application in Trump is hardly imaginable. Vice President Mike Pence is likely to have reservations about this step anyway. Even so, commentators on liberal US television networks are openly addressing this possibility.

Chris Hayes on MSNBC for example said: “The US president is a danger to this republic. He must be removed by all means and as quickly as possible.”

Trump was impeached by the House in December 2019 for obstruction of Congress and abuse of power, stemming from a summer 2019 phone call where Trump allegedly solicited Ukrainian interference in the U.S. election. Trump was acquitted in the Senate in February 2020.