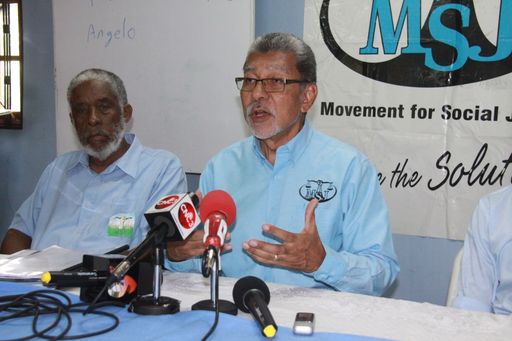 The Movement for Social Justice (MSJ) has come out in support of Patriotic Energies and Technologies Limited and denied that Patriotic was trying to get the Petrotrin refinery for free.

MSJ leader David Abdulah said during a press conference on Sunday, that unlike the claims of the Finance Minister, Patriotic was not trying to get the refinery for free by asking for US$750 million in fully transferable and tradeable tax credits to be given to financier Credit Suisse, who in turn will provide US$500 million to be paid to Trinidad Petroleum Holdings for the Refinery and Paria.

Abdulah said that the US$500 will be used to pay off the existing mortgage on the refinery, port and producing fields which currently stands at US$1 billion.

The MSJ leader has also joined Patriotic’s call for an urgent meeting with the Finance Minister, Colm Imbert.

He said “A meeting obviously is useful and should have taken place weeks ago. I’m sure if Shell, Bp or BHp had put a proposal for a project on the table, they would not get a public response without prior communication. They are foreigners and would not be treated like that so why you treating nationals like this. There ought to have been a meeting.”

He added “The question arises as to what kinds of tax incentives could be made available to Patriotic. That is why there should be a meeting of the minds. Mr Roget said they have another banker who is willing to put up the entire US$1 billion. That is another arrangement that has to be discussed.”

In the meantime, Abdulah is of the view that if government returns to the open market, the offers for the refinery will be worse.
He said “The likelihood of getting any new buyer is very slim and the terms and conditions will be much worse than what they started with.

Loading...
Newer Post
Couva South MP: Reports by women must be taken seriously by police
Older Post
Twin brothers wounded in cutlass attack – one of them has a cracked skull

Fight breaks out in church on Christmas Day in Tennessee 0