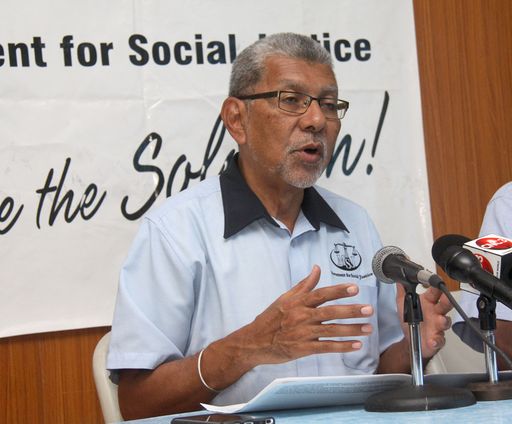 MSJ says “Dr. Keith Rowley’s deeds do not match his talk of being a champion of change”

2020 is a marker year in very many respects. It is the start of a new decade – the second of the 21st Century. Symbolically, many link it to the score for perfect vision -2020; this according to the Movement for Social Justice.

The MSJ’s 2020 message to the nation states that more than 15 years ago the Government of the day sought to use this analogy to underpin the country’s development planning claiming vision 2020 was the buzz phrase.

Although it promised much at the start, with more than 600 people involved in the process of creating a new way forward for Trinidad and Tobago, the MSJ says that Vision 2020 ended up being a failure because the government pursued a path different from that developed by these hundreds of citizens.

The MSJ today claims that Dr. Keith Rowley’s deeds do not match his talk of being a champion of change and committed to bring the corrupt to justice.

“If there is one lesson that we should learn it is this. All of the many problems that we experience: unemployment; the lack of decent jobs; high prices; growing inequality of wealth and income; rising crime, especially murders and violent crime; poor infrastructure; health care and education system failures; and national institutions from Judiciary to Parliament that don’t work in the interest of ordinary citizens – have not and cannot be solved by reshuffling the same pack or by placing our faith in the two failures of PNM/UNC – Keith/Kamla,” according to the MSJ.

The MSJ is of the firm belief that the country needs to get out of the political corner – the mental slavery of believing that the only possible outcomes of the 2020 elections is that we stay PNM or revert to UNC – as this will solve nothing and push us further towards being a failed state.

The MSJ today challenges citizens to think out of the box, to have a revolution of the mind!