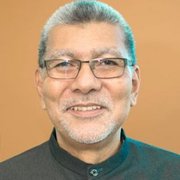 Political Leader of the Movement for Social Justice, David Abdullah, says transformation of the economy is urgent and critical at this time.

Speaking on the upcoming national budget at a virtual news briefing Thursday, Mr Abdullah offered several recommendations to the government.

He spoke about areas such as the development of small businesses and agriculture.

Mr Abdullah also commented on the energy sector and plans for East Port of Spain.

Power Soca is making a big comeback in T&T 0