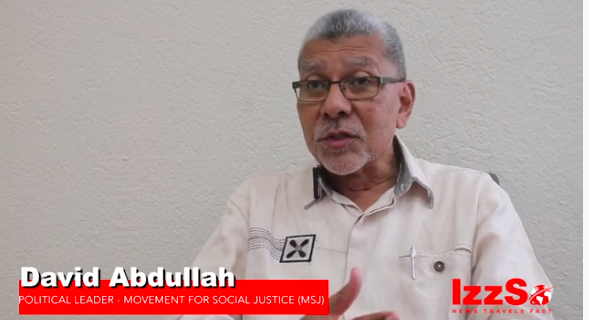 MSJ calls for arrest of officers involved in killing 3 civilians

The Movement for Social Justice (MSJ) said it stands in solidarity with the people of Morvant, and called for the immediate arrest and suspension of all officers involved in the cowardly act.

The political Party is referring to the killing of three civilians by police officers in Morvant on Saturday.

Many have called the killing unjust, stating the men were innocent and were killed because they were suspected to be the murderers of police officer Allen Moseley, who was gunned down in Morvant early Saturday morning.

Police Commissioner Gary Griffith has said that the two incidents are unrelated and has confirmed that an investigation is underway by the Police Complaints Authority (PCA).

The MSJ condemned the killing, stating that it appears that the lives of people in certain communities do not count for much in Trinidad and Tobago.

According to a statement from the MSJ, the Commissioner of Police should produce the footage from the body cameras or from the cameras deployed in the police vehicles which were on the scene of the crime.

“We are also calling on the government to mandate that police officers are equipped with body cameras when going about each and every police intervention in pursuit of upholding the law.”

“Further we are calling for the resourcing of the Police Complaints Authority with the necessary resources and powers to efficiently conduct the required investigations into the hundreds of police killings which have happened over the last few years and for which there seems to be no determination.”

The Party said that by failing to properly resource the PCA, both the PNM and the UNC have failed to address this injustice to which the family members of working-class communities are frequently subjected.

“Most of these matters go on for many years without any determination.”

“Justice delayed is justice denied. In general, persons from these communities, their lives do not matter, do not count for much, except maybe for votes at election time.”

The release made reference to a statement the Party previously made about the escalation of police killings in the country.

“Since that time to today there have been several new police killings, including this one. 43 in six months according to the PCA.”

“It seems as though members of the police force have taken the commissioner’s use of force policy and his incendiary remarks about
‘cockroaches’ as a license to kill.”

“This is not the first time that this has happened under the watch of Gary Griffith, as we had a similar spike when he was National Security Minister, and for which he was called out by the MSJ.”

The MSJ have always said there is a section of the population who seem not to matter, who are voiceless, and who face the brunt of the inequities and injustice in the society.

“The previous commissioner of police always used to say that the society wanted him to fix a social problem for which he was not responsible.”

“He was clearly much more astute and perceptive than the current holder of that position, who obviously seems to feel the way to fix this problem is through the barrel of a gun, a position which the MSJ rejects.”

The Party wants Commissioner Griffith to once again address this outrageous and vexing situation about which he cannot deny some responsibility.

PNM ‘red and ready’, except for La Brea 0