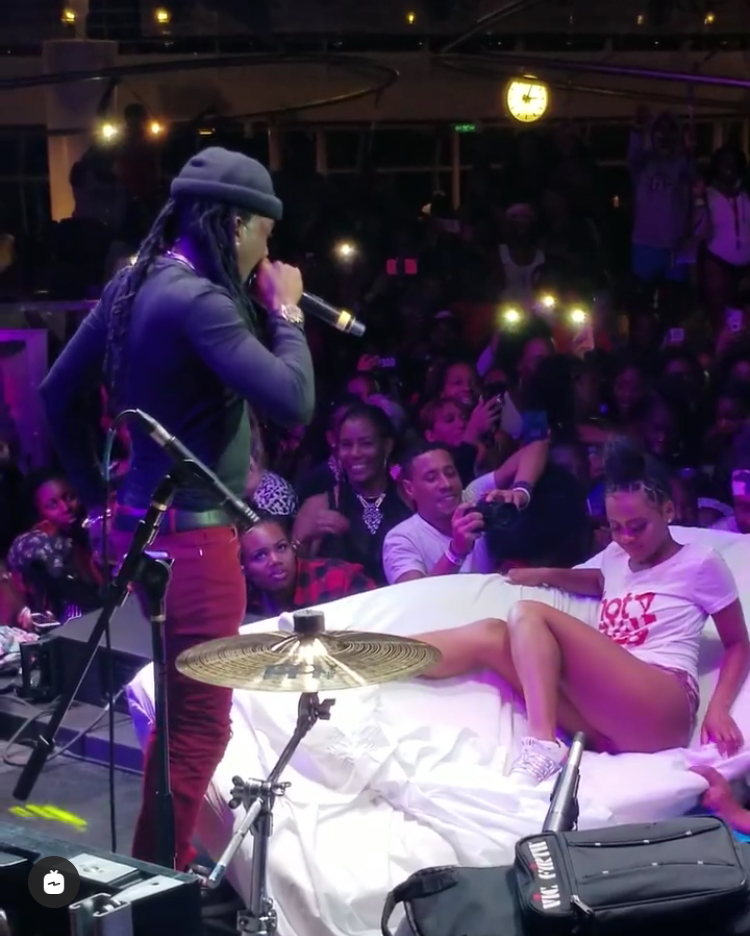 Mr. Killa stole Uber Soca Cruise and ‘ran wid it’ on a mattress

Widely considered to be the ”latest innovation in the soca industry”, Uber Soca Cruise is one of the most complete Caribbean cultural experiences on the social calendar. Uber Soca Cruise fuses the excitement and energy of a carnival with the luxury feel of a cruise.

The USC Experience featured over 45 events delivered on land and sea.

However patrons got more than they bargained for when a party crew on the boat picked up a mattress, placed one of their female friends on it and sailed through the crowd; just before Grenadian Soca heavy weight, Mr. Killa jumped on it while singing his 2019 smash hit ‘Run Wid It.’

And just when you thought floating on a mattress was enough – Mr. Killa and radio personality The Hypeman and others ran through Orlando Airport!!

The power of Soca –

Uber Soca Cruise entertainment lineup included the top entertainers from Trinidad and Tobago and the rest of the Caribbean and acts from various English, French and Spanish speaking islands/cities in the Caribbean, North America, Europe and Asia.

The finale, which ended on a high note last evening with soca giants, The Vikings and Mr. Killa sent party goers in a frenzy and wanting more.

Plans for USC 2020 are already underway.