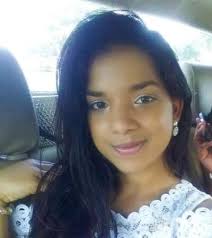 The family of Andrea Bharatt is expecting a large turnout at her funeral service and house of mourning in Arima today, as the nation bids final goodbye.

In fact, one relative, Andrea’s cousin Sally Sooman, is predicting that it will be like a state funeral.

Sooman, who has been in charge of organising the funeral arrangements, said Andrea touched many hearts in the last two weeks and she expects the turnout to be very large.

In a GML interview, she said “What happened in the last week has been unprecedented. We are not in disbelief. It was an overwhelming feeling to see an entire nation stood with us sending a message that we have had enough with crime and murders. We somehow expected this to happen because Andrea is not a normal child.”

She said the family is asking mourners to wear pink and white and she added that several artistes will also honour Andrea in song, among them Dil-E-Nadan lead singer Raymond Ramnarine.

Andrea’s body will be cremated at Belgrove’s Funeral Home in Tacarigua then her family will gather at the nearby Eddie Hart Grounds to pray and support each other.

A motorcade is also planned and this will proceed around the Red House, where, according to reports, Andrea’s father Randolph Bharatt along with family members will give thanks to the nation for their outpouring of support.

Imbert: no need to review NIB report before it is tabled in Parliament 0