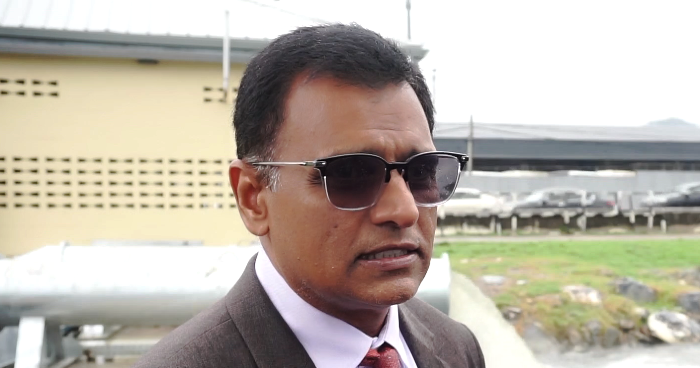 Works and Transport Minister Rohan Sinanan, said road users continue to disregard their own safety, as he revealed that 4,348 speeding tickets have been issued to motorists since the U-turn demerit points system began in late May.

Sinanan made the revelation on Sunday, as he delivered an address to commemorate the World Day of Remembrance for Road Traffic Victims.
The day is commemorated annually on the third Sunday in November.

Sinanan said: “The numbers don’t lie they tell the tale of road users who disregard their own safety and the safety of others.”

He said: “We need to be more careful on the roads of T&T simply because one death is one too many, so let us commit to being more thoughtful and vigilant.”

Sinanan added: “The people responsible for these violations behave as though an accident cannot happen to them, they violate traffic laws as if oblivious to the fact that in the blink of an eye their fate, the fate of other passengers and even that of unsuspecting bystanders. Victims can be seriously injured because of their recklessness.”

Sinanan said the ministry is “continuously reviewing the Motor Vehicle and Road Traffic Act to implement further policies and amendments to continue evolving our road network and make it safer for all travellers.”

He also said new laws on window tinting on vehicles and red-light camera enforcement systems are “well on its way to being institutionalised.”

Besides the figure of 4,348 speeding tickets, Sinanan also revealed that for the same period 8,075 seat belt tickets and 7,511 tickets for breaches of traffic signals have been recorded.

A release from the Trinidad and Tobago Police Service said records indicate that 78 persons have lost their lives in road traffic accidents to date in 2020.

“Although this figure represents a 25 per cent reduction from the previous year 2019, this figure is still unacceptably high due to the preventable nature of many of these incidents,” the TTPS stated.