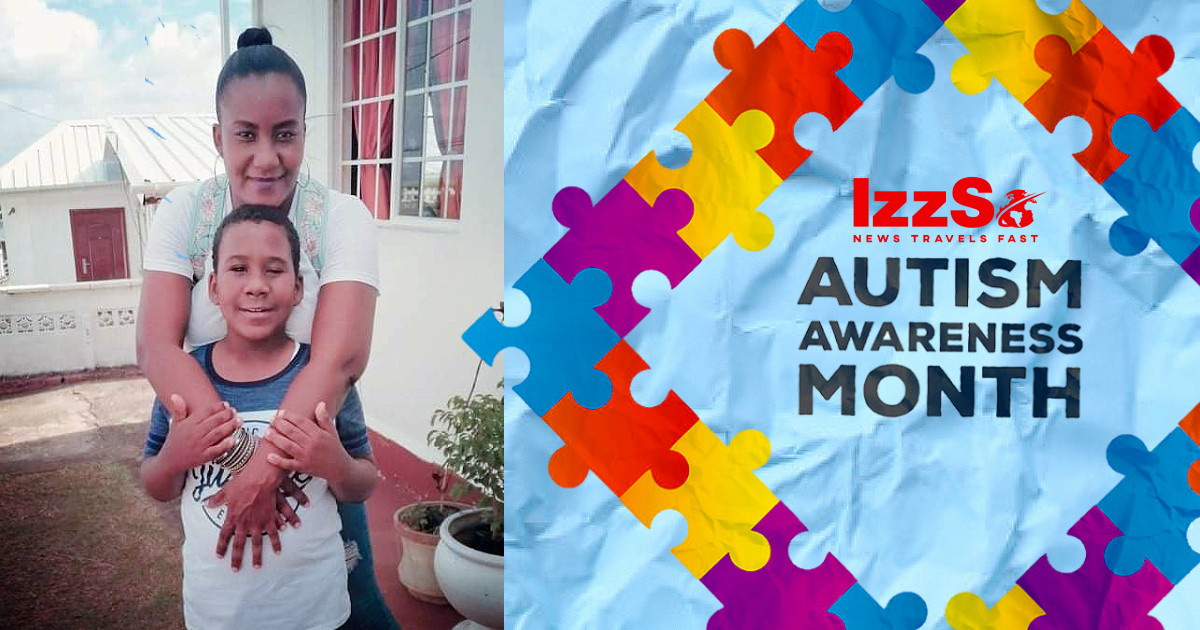 Parents experience different stages of stress with their children, but for those raising children with Autism, everyday life often brings Stress with a capital S.

It’s exhausting! They need to keep their child from running away, manage meltdowns, deal with special education needs, avoid sights or sounds that overload their senses, and have therapists or doctors on speed dial. And that’s just the tip of their to-do list.

Now, what exactly is Autism?
Autism by definition is called Autism Spectrum Disorder (ASD), which is a complex developmental condition that involves persistent challenges in social interaction, speech and nonverbal communication, and restricted/repetitive behaviours. The effects of ASD and the severity of symptoms are different in each person.

April is World Autism Awareness Month and in light of the aim to spread awareness, izzso chatted with Michelle Harper, a 44-year-old mother of two – a 10-year-old son and 5-year-old daughter. Her handsome son, Nehemiah, is Autistic.

Michelle revealed that Nehemiah was diagnosed with Autism at the age of 3 1/2 years old.

She said she first saw the signs when he started missing milestones as a baby, “not making eye contact when you try to communicate with him, not responding to his name, was only babbling, never really formed speech on time. When it came time for him to walk, he was late with that.”

At first, Michelle said she was given the response “oh, he’s a boy, boy’s don’t develop as quickly as girls.”

But, like any concerned mother, Michelle began asking the paediatrician more questions and then they started doing various assessments.
This intensified until he was eventually diagnosed and Michelle said it was an overflow of emotions.

However, she said she took a practical approach, and began searching for other persons on social media, who would have some level of insight into what autism is, who could guide her and if there were any support groups at that time.

So what has it been like, raising a child with autism?

What are some of the hurdles that Nehemiah has overcome that you were told he could not?

There are varying stages to autism, but as Michelle pointed out, no two autistics are alike.

Autism does not have a look and according to Michelle, she has constantly had to endure people saying things like “he don’t look like something wrong with him.”
The judgment.
So what have been the highs and lows?

What are some of the barriers that you yourself have encountered?

If you had the power to mandate change in our society for people with Autism, what would you change?

What is your message to parents struggling with an autistic child?