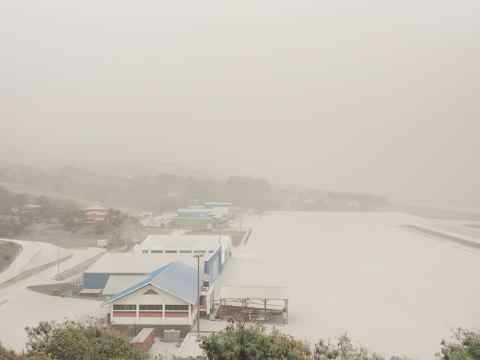 Director of The UWI Seismic Research Centre, Dr Erouscilla Joseph, said there has been continuous ash venting throughout the night from the La Soufrière volcano.

Speaking during a media briefing on Saturday night, she said “Associated with this were seismic signals. We have volcano tectonic earthquakes and long-period events which were recorded during the times of tremor.”

Also at the site, lightning and thunder associated with charged particles in the eruption column was observed.

She added that ash coated the entire area around the volcano and visibility was less than four kilometres as the sun was obscured by the ash and it was “dark as night” on Saturday morning.

Prison break the hunt is on! Four Prisoners escape from Golden Grove 0