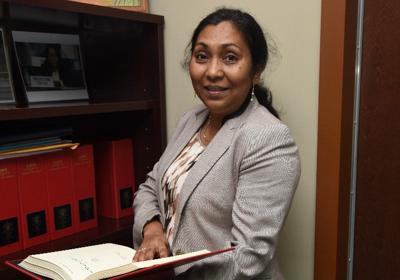 The number of Covid-positive Immigration officers has increased from 11 to 13.

And according to reports, all of the officers who contracted Covid were processing arriving passengers at the Piarco South Terminal before they contracted the virus.

The situation has now affected four of the five shifts at the airport.

84 immigration officers have gone into quarantine and are to be tested today.

And, to make matters worse, the Chief Immigration Officer (CIO) Charmaine Gandhi-Andrews, has been granted approval to go on vacation leave while this outbreak takes place.

An Express report is stating that Immigration officers are upset that Gandhi-Andrews was granted approval for leave at this time, and also granted an exemption from National Security Minister Stuart Young to fly out of Trinidad.

The report added that only two officers were on duty at Piarco International Airport on Sunday.

Minister Young recently announced that the Immigration Division was provided with adequate resources in terms of PPE (personal protective equipment) but it has been reported that said this is “grossly inadequate” and officers are left without protective gear.