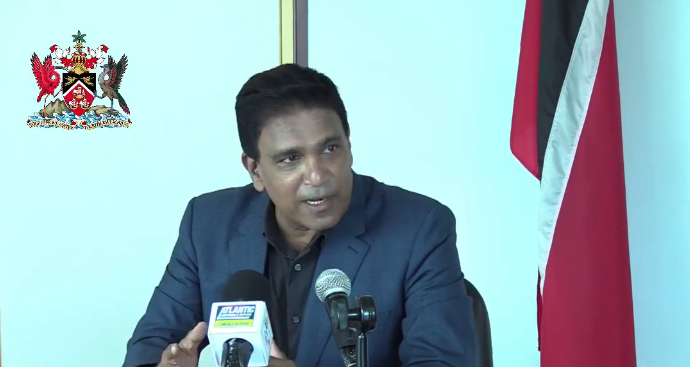 Moonilal concerned with cases of Brazilian variant of COVID; asks gov’t where it came from

Oropouche East MP, Dr Roodal Moonilal, has described the discovery of three more cases of the Brazilian variant in this country as a “ticking bomb” waiting to explode.

He made the comment during the UNC’s media briefing on Sunday.

Moonilal said the question that now needs to be answered is where did this Brazilian variant came from?

He said “Nobody is asking the question and nobody is answering the question. Should we ask David Rudder? Maybe it came from the Bahia girl in Moruga, as the song said many years ago.”

He said the Government was not confronting the issue of illegal immigrants, adding that National Security Minister Fitzgerald Hinds should focus on a comprehensive border security plan to protect our shores and citizens.

Moonilal said we cannot ignore the fact that groups of illegal migrants are sneaking into the country.

He said “There is a greater risk that migrants can come in with the virus.  The vulnerability is higher. Therefore the fear is higher. When we asked the Government to tell us where the Brazilian variant is coming from … they have at their disposal the national security apparatus, they have the Ministry of Health surveillance units that can check when the person is positive, where the person came, what day, what were the connections of the person and the tracings and so on.”

Moonilal also expressed concern with the news that only 30,800 citizens had received the first jab of the Oxford AstraZeneca COVID-19 vaccine, which amounted to a mere 4.5 per cent of the 700,000 adult population.

He wondered when herd immunity would be achieved, adding the effects on the economy will be far greater the longer we take to innoculate citizens.