The mother of a murdered man is accusing police officers of killing her son, who she says was innocent. She is demanding an investigation into the death of her son who, with another suspect, robbed a group of patrons at a bar in San Fernando last Saturday morning. 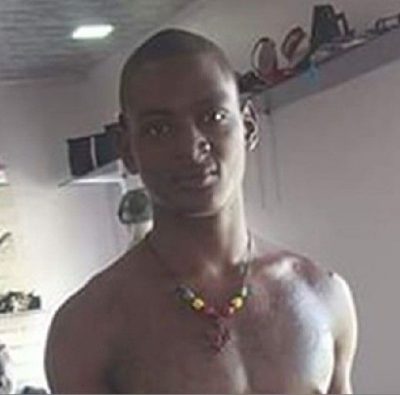 Twenty year-old Dillon Clarke and another suspect were caught on camera entering the bar. One of the bandits then entered the area behind the counter, stealing the night’s sale, cigarettes, a laptop and other items. The other bandit searched the patrons, stealing mobile phones, cash and other valuables. They al­so took the patrons’ keys to their vehicles. The ten patrons including the bar owner were ordered to lie on the ground while they were robbed. The bandits then took everything and left the bar.

Officers belonging to the La Romaine Police Post, who were on mobile patrol in the area, responded to the report of a robbery in progress. They said when they approached the bar, Clarke who had been hiding in the bushes, opened fire while the other man ran off. Officers fired back and Clarke was found with gunshot wounds to the head and body. Police recovered a loaded pistol and a quantity of ammunition; a grey Nissan AD Wagon was also seized. A search continued yesterday for the other suspect.

However, yesterday at the Forensic Science Centre Clarke’s mother, Adanna Clarke said that the police killed her son for no reason. She said he was not hiding in the bushes as was previously reported and is demanding an investigation by police.