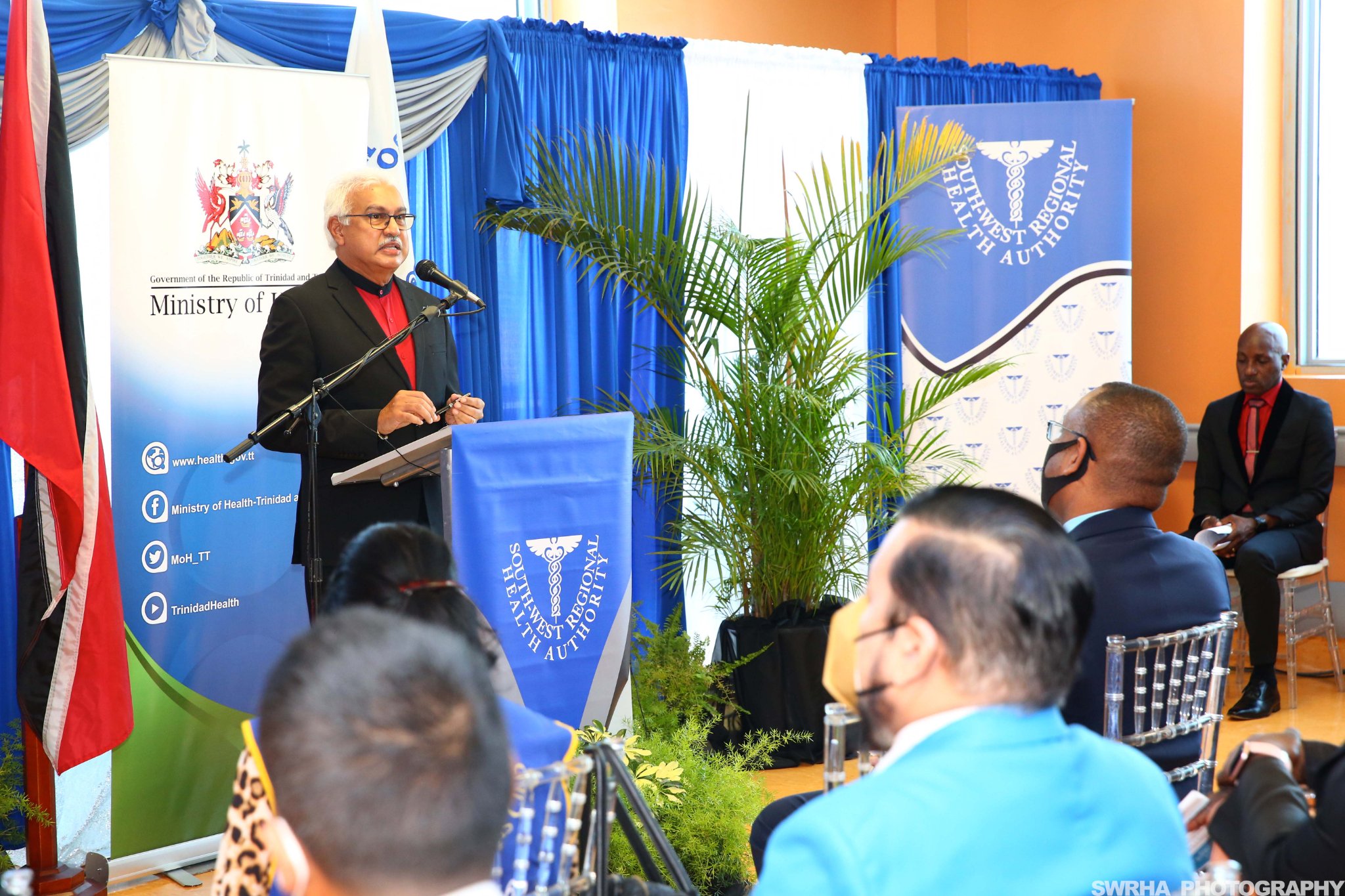 MoH pleads with parents to get children ‘vaxxed’ against polio

On the heels of news on Friday, that a young adult in Rockland County, New York was diagnosed with polio, this country’s Minister of Health is now urging parents to get their children vaccinated against the resurging poliovirus.

The case in New York was the first case identified in the United States in nearly a decade and Minister Terrence Deyalsingh has expressed some worry.

Speaking during the launch of the true voluntary blood donation campaign at the San Fernando Teaching Hospital on Friday, Deyalsingh said: “The minimum requirement for herd immunity (against polio and other childhood diseases) is 95 per cent.”

However, he noted that this country is one to two per centage points off from where it should be.

Deyalsingh recalled this target for vaccination against polio and other childhood diseases was easily attained before the pandemic because children needed to show proof of being vaccinated against these diseases before they could attend school.

“Because many schools were closed for two years (due to covid19), many parents did not have to go through that rigour.” He observed this resulted in vaccination rates for diseases like polio and yellow fever dropping over that period.

But the emergence of live polio virus in London and a polio case in New York, he continued, underscores the need for all parents “who have not started the vaccination regime for polio and other childhood diseases, please get on board and start the programme.

Deyalsingh said, “It would be a sad day if in a country of 1.4 million people, which is very small, we get a case of measles, mumps, rubella, yellow fever, whooping cough or polio.”

According to the CDC in the US, (Center for Disease Control and Prevention), polio, or poliomyelitis, is a disabling and life-threatening disease caused by the poliovirus. The virus spreads from person to person and can infect a person’s spinal cord, causing paralysis.

Its symptoms may include sore throat, fever, tiredness, nausea, headache and stomach pain.

These symptoms usually last two to five days, then go away on their own.

The CDC estimates that less than one out of 100 or one to five out of 1,000 people will develop more serious symptoms of polio.

These are paresthesia (feeling of pins and needles in the legs), meningitis (infection of the covering of the spinal cord and/or brain) and paralysis or weakness in the arms, legs, or both.

Paralysis is the most severe symptom associated with polio.

Turkey Accuses Greece Of Throwing Handcuffed Migrants Into The Sea 0