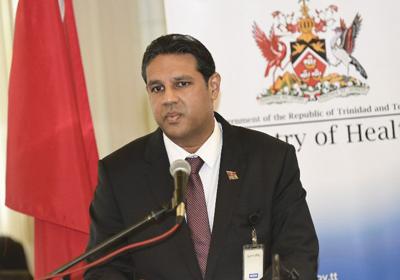 Chief Medical Officer, Dr Roshan Parasram has confirmed that the Ministry of Health is investigating a suspected case of vaccine-induced thrombotic thrombocytopenia (VITT)- a rare clotting event that has been associated with two COVID-19 vaccines; the Oxford-AstraZeneca and the Johnson & Johnson.

VITT is estimated to occur only four times out of every million.

In an interview with GML, Dr Parasram said that investigations concluded that the patient did suffer the complication. However, he noted that treatment was administered per the national policy and the female patient was recovering.
The CMO noted that to date, there have not been any vaccine-related fatalities in the country.

This is the second instance of VITT to be confirmed locally, after almost 100,000 people received their first dose of Oxford-AstraZeneca.