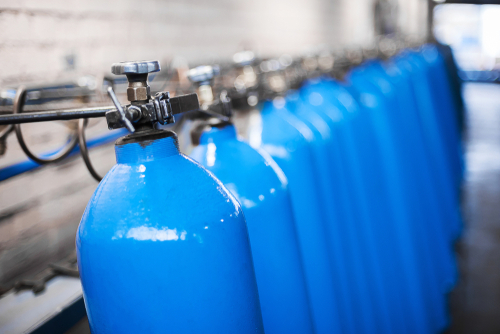 MoH assures of adequate stocks of oxygen tanks, but retail sector has run out

The Ministry of Health is reassuring the population the public health system is more than adequately stocked with oxygen supplies.

The Ministry says an extra 50 percent supply of oxygen, over and above the current high demand levels, has been held in reserve by its main external supplier.

The Ministry gave the update in a media release Thursday afternoon, in response to numerous requests for information on this matter.

The Ministry said at a news briefing on Monday, the Health Minster said for the first time in the history of the public health sector in Trinidad and Tobago, two major hospitals have the capacity to generate, bottle and distribute oxygen to other facilities within the public sector.
The Ministry said the facilities are the Arima General Hospital and the Point Fortin General Hospital.

It is reassuring the public oxygen supply is more than adequate to meet our immediate and future needs.

However, in the meantime, a GML report on Thursday states that local retailers of portable oxygen tanks are out of stock.

This, they suspect, is due to the record-breaking increase in cases, and the projection that the parallel healthcare system may collapse next week.

Pharmaco Industries Limited’s Managing Director Stephen Aboud, stated to GML “We are out of stock of portable oxygen cylinders, and we understand most of our competitors are out of stock.”

But another medical supplier, TRUIS Medical, which has an oxygen plant at the Eric Williams Medical Sciences Complex, said the problem is not the oxygen, but the availability of tanks.