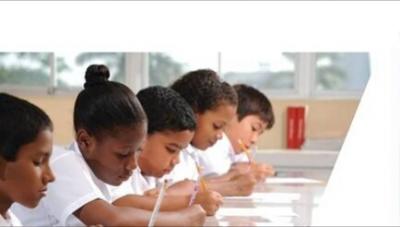 The Ministry of Education shared the following highlights of student performance and student recognition in the 2020 Secondary Entrance Assessment.

Students were assigned to secondary schools based on the established placement policy, which comprised six (6) criteria:

(i) Order of Merit

Students, who were unsuccessful in obtaining a score sufficient for placement into one of the four schools of their choosing, were assigned based on their place of residence and availability of spaces in the schools within their community of residence.  If spaces were unavailable in the nearest school to the residence of students, then they were placed in the next nearest school with available spaces.

In keeping with the Concordat and the practice of previous years, principals of government-assisted secondary schools were permitted to select 20% of their student intake.

Students who were born after August 31st, 2007 (less than 13 years) and whose average score was 30% or less but who had not previously sat the SEA will be required to repeat the year and re-sit the SEA in 2021.  Students who attained a composite weighted standard score of 30% or below and who were born before August 31st, 2007 or who were doing the assessment for a second time were placed in a secondary school based on choice of school or residence.

Number of students who wrote the SEA exam

In 2020, female students attained the distinction of the Top 3 students in SEA.  The Top Male student placed seventh.

Several schools and students are therefore recognised at this time, including students from our special schools, given the high priority that we have placed on children with special needs in terms of the attainment of Vision 2030 – a mature society- and the Educational Policy Paper 2017-2022.

In this regard, the MoE recognises today’s three top SEA performers, the top male student, two students from special schools and five students who have excelled from schools which have been working hard to improve overall academic performance.