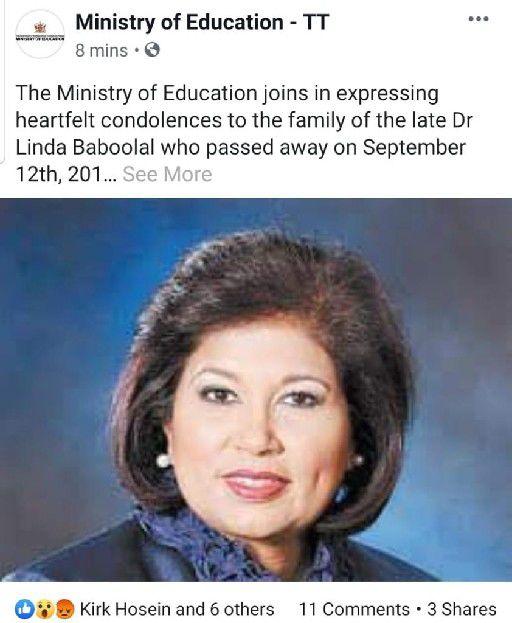 The Ministry of Education made an egregious mistake when they posted a photo of Congress of the People political leader Carolyn Seepersad-Bachan instead of former Senate President Dr. Linda Baboolal to their Facebook page yesterday.

The Ministry meant to show condolences for Baboolal who died of pneumonia early yesterday morning at the age of 78. The photo has since been removed but not until a screenshot of the post went viral on social media, and the Ministry received a ton of backlash about the error.

The Ministry has since removed the picture and posted this apology:

“The Ministry of Education wishes to apologise for the inadvertent use of the image of Mrs Carolyn Seepersad-Bachan in a previous post.

“The post has since been corrected and the appropriate image attached”. 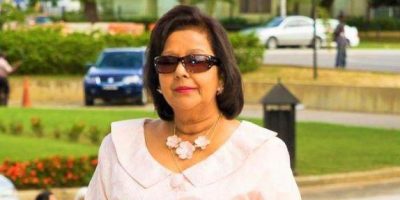 Dr Baboolal was Member of Parliament for San Juan/Barataria, a Cabinet minister, President of Senate and acting President of the Republic on occasion during her tenure. She was also the first and, to date, the only female PNM Chairman.

She was married to Dr Michael Baboolal, was a mother of five, and grandmother of eight, who loved reading, cooking and travelling.

Man held after robbery in Laventille 0